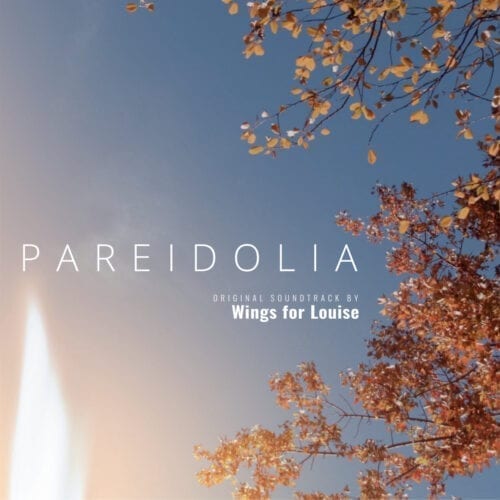 “A pareidolia (from the ancient Greek para-, ‘next to’, and eidôlon, diminutive of eidos, ‘appearance, form’) is a psychological phenomenon, involving a vague and indeterminate stimulus, often visual, more or less perceived as recognisable”, Wikipedia explains. In more poetic terms, it’s the ability to interpret reality to see imaginary forms. Who has never gazed at a cloud that looked like an animal or a human face? Composed for the short film of the same name directed by Raphaël Astier, Pareidolia plunges us into the mental universe of a photographer named Kurt (Brandon Lorimer). We scrutinize the image, as he does the sky, in search of a paranormal phenomenon, a sign. We understand that he is torn by the mourning of his wife. Wings For Louise’s delicate piano fingering succeeds in authentically translating the state of mind, the emotions experienced by the protagonist, by developing a fine sound palette, while dodging descent into pathos. One can hear the piano breathing. The electronic keys bring an ambient and contemplative dimension to the soundtrack. The main theme perfectly sums up the tone of the film: sensitive, soft, nostalgic and, above all, profound.