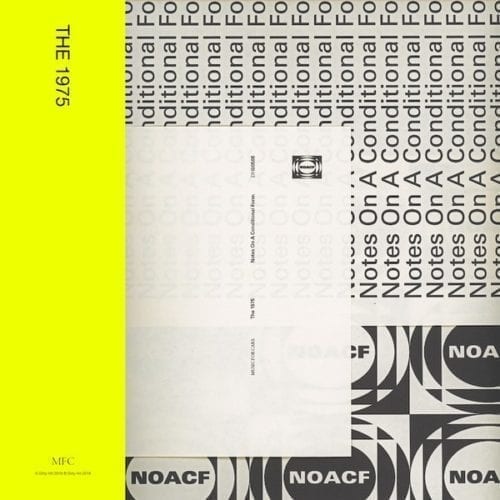 “It is time to rebel,” concludes the renowned activist Greta Thunberg, in a speech quoted in the foreword to Notes on a Conditional Form. The 1975 started off on a high note, with a punk-rock feel and… we’re already elsewhere. Bifurcations, 180-degree turns, disjunctions, crossovers and superimpositions characterize this fourth studio album, admired by some, despised by others. Based in Manchester, the English band has made its mark by mastering an impressive variety of pop from other, more established styles. From punk to soul-pop, modern film orchestrations, country, housy pop, power-pop with grunge accents, orchestral indie folk, FM pop, and more. For the most part, the imitations are perfect and illustrate the very strong pop culture of their performers – Mathew Healy, guitars and vocals, Adam Hann, guitars, Ross MacDonald, bass, George Daniel, drums – not to mention their collaborators FKA Twigs, Phoebe Bridgers, Tim Healy, and Cutty Ranks. Rather than covering Justin Timberlake, Justin Bieber, Sufjan Stevens, The Weeknd, Michael Jackson, Green Day, Hans Zimmer, Phil Collins, Diplo, and Skrillex in turn, The 1975 composes in the manner of their influences without deviating from them one iota, without adding any particular touch. The band’s personality consists of a kind of stylistic leapfrogging, that’s the difference between this band and a very good cover band. This is also further proof that you can embrace pop, rock, soul and electro cultures at the same time. What’s up? When does a big hug become a strangling headlock? Are we witnessing the deployment of an unpredictable, eclectic know-how of highly predictable music?