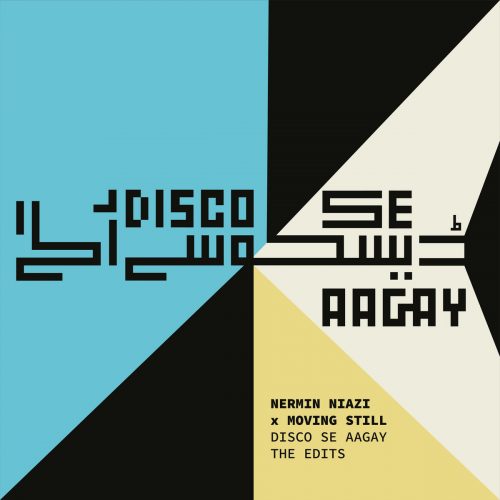 Discostan is the multifaceted project of Californians Arshia Haq and Jeremy Loudenback, focuses on reviving overlooked disco-era dance jams from across North African and South Asia. Already a DJ unit, radio show, and event series, Discostan began its tenth year of activity by inaugurating a record label. Their debut was an impressive find. Disco Se Aagay(Urdu for “beyond disco”), originally released in 1984, was banged out by Nermin Niazi and her brother Feisal Mosleh, two British-Pakistani teenagers living in Birmingham, a vivacious fusion of the subcontinental sounds of their household and the synth-heavy new wave and Italo disco ruling the radio in those days. The reissue generated enough positive reaction to merit this follow-up EP. Two tunes from the record are remixed and fortified by Arabic-oriented Dublin producer Moving Still, the flagship track “Sari Sari Raat” and the memorable “Hum Tum”. A pair of alternate takes from the original sessions are included, as is an English-language version of “Hainan”. Fans of Runa Laila, superheroine of ’80s Bollywood, need to get on this pronto—and the Discostan duo need to get on more reissues promptly too, because their first effort is just too auspicious.