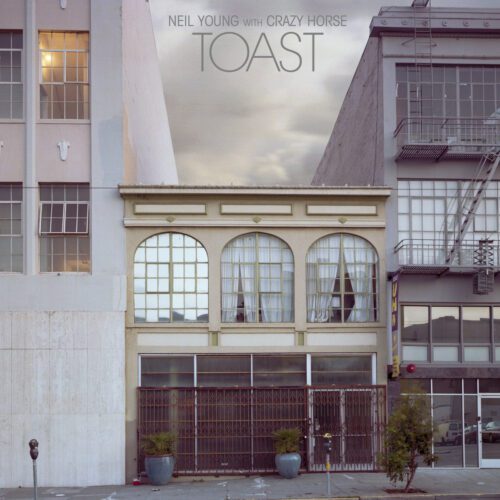 I’d been given the assignment of reviewing Toast – the newest release from Neil Young with Crazy Horse. I stared at a blank page for quite a while before getting that first line down. I’d previously written reviews of bands I’d never heard of, and artists I hadn’t spent much time with. But the feelings, thoughts, and reactions to their music brought the words out easy. Now I was to write about a man I affectionately referred to as Uncle Neil, a person and band whose music is as much a part of my history and identity,—in fact, the world’s and popular culture’s history over the past 60 years—as any national anthem or birthday refrain.

We all have our own memories with his music. His lyrics have become a part of our culture’s language and idioms. Many of the bands and artists we listen to today are all his descendants. And, at this very moment, somewhere on the planet, a bar band is performing one of his songs. Yes, this is Neil’s world, and we’ll all just living in it. So, what do you say when you want to say everything? What do you say when you also want to say nothing – because no amount of words would ever feel like enough. Where do you begin? How do you begin? “What would Neil Young do?” says the big poster hanging on my wall.

Ok, let’s begin with the clear, cold facts. Neil Young and Crazy Horse have released a record called Toast, an album recorded at Toast studio, twenty years ago, and then shelved. Some songs, though, would emerge on Are You Passionate? in 2002. Young’s been doing this over the past several years. Releasing more and more music from his archives to the public. Live performances, studio outtakes, and long-lost albums (Toast is #9 in the Special Release Series, FYI) have been brought into the light. Through these unearthed records, he’s shown that he has more unreleased and thrown-away music in his catalog than most artists have in their entire career. And, of course, Neil keeps making new music too. He released Barn with Crazy Horse just last year. And Colorado just before that.

Well, who am I to really say? But I’ll say it anyway: Toast is solid. It has some soft moments and those classic 10-minute, distortion-filled, rockers that we’ve come to expect when Neil Young and Crazy Horse get together. “The Horse defines the music without thought,” Neil wrote in his 2012 memoir, Waging Heavy Peace. “The physical feeling of playing with the Horse is like nothing else. It leaves your brain wide open, and you can feel the wind blowing right through it.”

Throughout his career, he’s made music with many different bands and outfits. Including: CSNY, Buffalo Springfield, The Stills-Young band, The Stray Gators, The Promise of the Real, Pearl Jam etc. And, of course, there’s the beautiful solo, acoustic music he’s made. But he’s always come back to The Horse. “To me, the band is a vehicle to cosmic areas that I am unable to traverse with others,” he wrote.

All that really needs to be said in a review of a new Neil Young record is this: Neil Young has a new record out, if you don’t already know. Go listen if you haven’t already. You might like it, you might not. I doubt Neil cares though. He’s already moved on to the next thing.

“Whatever you think of the music I have made with Crazy Horse,” Neil wrote in 2012, “those songs are the most transcendent experiences I have ever had with music.”