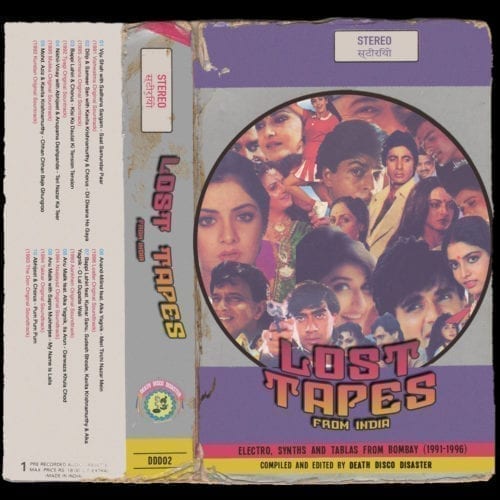 To clarify for the reader, the tapes from which this compilation was assembled weren’t lost. A buddy of the compiler found them in a box on the sidewalk on garbage day in Lisbon. One stranger’s trash, however, proved to be a treasure chest for Portuguese DJ, documentarian and digger of crates Eduardo Morais, aka Death Disco Disaster.

The rescued cassettes were a randomized review of Bollywood in the early ’90s – an interesting period for filmi, India’s cinematic pop music. The cheesy disco had been discarded, the anarchic invention and appropriation of the ’80s firmed up into a more formal code, and production quality was on an upswing.

Morais has done a solid job of selecting the best tracks from the box, fortifying the mixes, and dicing and splicing just enough to make the material work well in an awesome-mix-tape context.