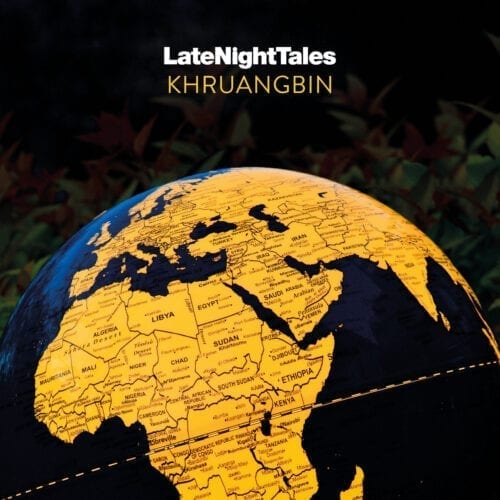 Mordechai, the third album of the flagship band Khruangbin, released last June, will be among the best of 2020. The Texan trio have distinguished themselves by their good taste and openness to global sounds. Here they play the selecters and offer an excellent compilation under the nocturnal banner of the LateNightTales series, which has been in motion since 2001. The aim is to invite artists to put together a remixed compilation of their outstanding influences. The Flaming Lips, Hot Chip, Floating Points, David Holmes, Jon Hopkins, and Bonobo are among the artists who’ve participated in the concept. On the programme from Khruangbin? “Illuminations”, extracted from Carlos Santana’s esoteric period, Texan reggae-dub by Brillantes del Vuelo, Indian disco by Nazia Hassan, Nigerian reggae-funk by Maxwell Udoh, electro-rock by Kelly Doyle, South Korean funk-rock by Sanulim, Tex-Mex bolero by David Marez, blaxploitation with Gerald Lee sauce, reminiscences by Justine & the Victorian Punks, Japanese soul by George Yanagi, Belarusian jazzy-pop, Ethio-jazz by Roha Band, disco-pop by the Spanish songtress Paloma San Basilio, banjo cover of Erik Satie’s Gnossienne No. 1 accompanied by an Afrofuturist poem, not to mention the previously unreleased “Summer Madness”, a capricious, Santanaesque soul-jazz created for this excellent compilation.