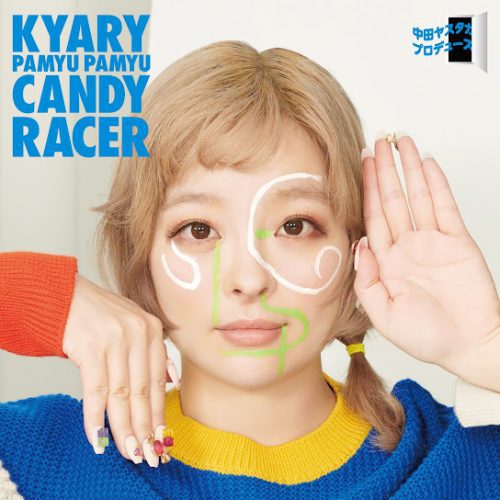 2021 marks ten years since teenaged Tokyo model and fashion blogger Kiriko Takemura adopted the stage name Kyary Pamyu Pamyu, and embarked on a musical career that would place her at the pinnacle of Japan’s pop charts, and make her the international avatar of her hometown’s notoriously anarchic and colourful fashion scene, centered in the Harajuku neighbourhood. The silly brilliance of Kyary Pamyu Pamyu isn’t her work alone; like Madonna, what she lacks in true genius as a dancer or singer, she makes up for with a supernatural knack for assembling the right talent around her. The designers, directors and stylists who initially helped give form to the entity called KPP have been retained for the ten-year milestone, most notably her songwriter and producer Yasutaka Nakata, who had performed the same function for the trio Perfume, KPP ’s predecessors in J-pop preeminence. Nakata’s formative years were clearly spent immersed in the multiculti mash-up of the fin-de-siècle Shibuya-kei scene (ruled by the likes of Cornelius and Pizzicato 5), and he’s taken that sensibility, fuel-injected it with arena-standard EDM punch, and generated a definitive J-pop sound.

Candy Racer, Kyary’s first album in three years and first on her own label KRK Lab, remains largely loyal to the winning formula, and not just in the unhealthy preoccupation with sugary sweets. “Gentenkaihi” seems a direct echo of the wild piano-pop, the sense of Burt Bacharach gone berserk, that made “Furosidation” such a delight back in 2013. The melody of “Gum Gum Girl” carries the self-aware faux-Asian kitsch flavour that’s found in so many of her songs and videos. There are however some interesting new twists here, such as the aggressive abstraction of “Dodonpa”. Overall, Candy Racer is a successful celebration of KPP’s first ten years. The question that only the next ten can answer, though, is where does this artist, a flawless incarnation of the caprice and self-indulgence of youth, go from here? It will be fun to find out.