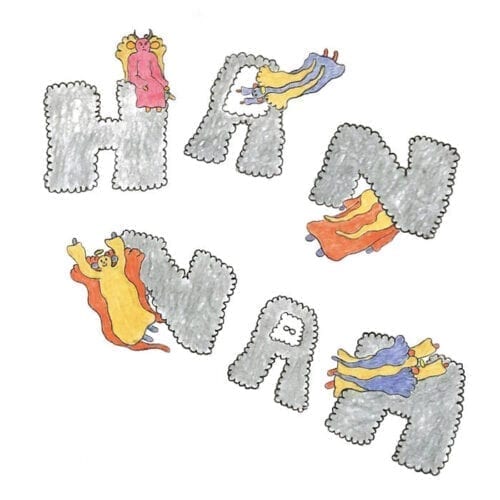 Behind the nickname Lomelda is Hannah Read, a young Texan woman transplanted to Los Angeles. Hannah, her fourth full-length album, starts off delicately, like a drizzle so light you’d think you’d imagined it at first, with “Kisses”. The lyrics also evoke lightness, the lightness of furtive kisses exchanged on the sidewalk. On “Hannah Sun”, which follows, a swaying rhythm adorned with strange synthesized oboe sounds takes us straight into the musicosphere of Lomelda, with its dreamlike aesthetic and peaceful chords. “Sing for Stranger” begins as a drum-guitar rhythm model that shifts, after a few seconds, into an attempt to tune in to Radio Nowhere. It could be an interlude or an intro to “Wonder”, the song that follows, where the guitar becomes somewhat electrified, and repetitive piano chords announce an indie pop ritornello, but it’s in amplified lo-fi territory, as if Elliott Smith and Stephen Malkmus were happily bouncing on a seesaw. Then Lomelda brings us the same light-hearted kisses in “Polyurethane”, an acoustic tune that should move even the most hardened music fan – “I was crying while the polyurethane was drying,” Lomelda sings in a wobbly voice. The talented young woman and her valiant companions then move on to “Reach”, a mini indie-rock anthem that proves that romanticism – which has been around for what, 250 years? – shows absolutely no sign of running out of breath, quite the contrary. This is followed by another eight equally successful songs, which makes for an album that’s full in the best sense of the word. Oh, and if “Both Mode” isn’t a kind of nod to Wilco’s “Misunderstood” (off Being There), I don’t know what is. To conclude, dare we say that Hannah is one of the best folk-rock albums of the first three quarters of 2020.