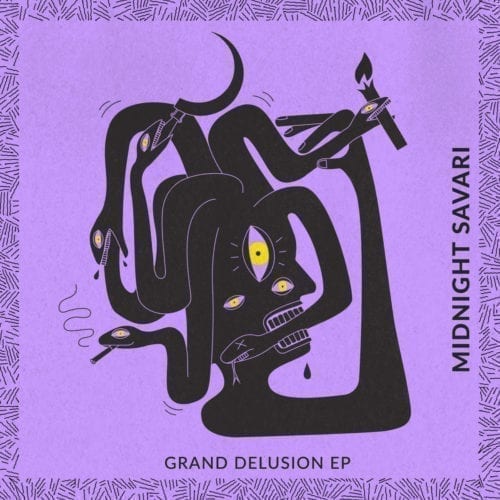 For a decade now, Jakarta’s Ken Adhitya has been Indonesia’s key local operative in the global mutant-disco insurgency, reviving the vibe of NYC’s legendary Lower East Side loft parties circa 1980. The DJ/producer’s 2010 EP Pinsi, on the Australian imprint Death Strobe, earned the approval of Andrew Weatherall, Erol Alkan, and Mylo, which should be helpful in placing him on the musical map.

Adhitya has recently relocated his Midnight Savari efforts to the Jakarta-based label Akamady, which in less than three years has built up an impressive discography (check out Saturn, or label boss Gerhan Ferdinal’s own KOMODO project).

“Grand Delusion” is a wicked slice of black-on-black batcave dance music, heavy on the hallucinatory dub echoes but as surefooted as a cat with most of its nine lives still to spare. It’s easy enough to get caught up in, and Adhitya introduces plot twists frequently enough to keep the eight-and-a-half-minute track interesting. The B-side “Schizofriendly”, meanwhile, is a formidable piece of ruptured electro-funk. Really good stuff, it would be delusional to deny it.