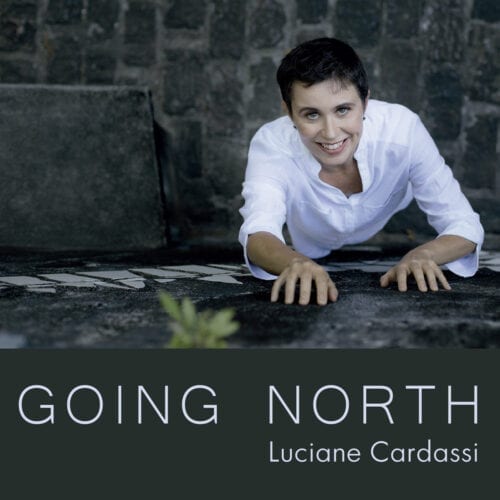 A native of Brazil who lives in Banff, Luciane Cardassi is a pianist and composer who has been active for some 20 years in the field of contemporary music. Going North is a homage to her native and adopted countries that includes eight works by composers from both.

These works are part of the artistic movement known as magic realism, which aims to offer a renewed and expanded vision of reality by taking into consideration the strangeness, irrationality, and mystery it harbours. A good example would be, in literature, One Hundred Years of Solitude, a masterpiece by the writer who won the Nobel Prize for Literature in 1982, Colombia’s Gabriel Garcia Marquez. In cinema, the films by Serbia’s Emir Kusturica (Time of the Gypsies, Underground) and, closer to home, by Marc-André Forcier (Au Clair de la lune, Une histoire inventée) illustrate it well.

How does this translate into music? First of all, in the case at hand, by the presence of electronic and acousmatic spices hidden in the folds of this sometimes angular music, but also by the bursts of voices, narrative elements, and bits of dialogue in different languages, as in a collage, which is quite psychedelic at times but rather confusing because of its numerous tone breaks in the opening piece.

The more accessible “Berimbau” – as its title suggests – plays the Brazilian card to the fullest with an plethora of rhythmic elements produced by the instrument. An abundance of electronic effects, echoes, superimposed voices… it’s the most immediately inviting and exciting piece of the lot.

Elsewhere, the music is sometimes more stripped down and bewitching, sometimes more complex, making use of the wide range of techniques in piano playing, including those inside the instrument. Of course, this type of compositional work requires careful sound processing at the recording level. Clarity and sharpness, meticulous spatialization, judicious dosage of reverberation, the production reveals itself completely and allows one to abandon oneself at leisure to the secrets of magical realism.