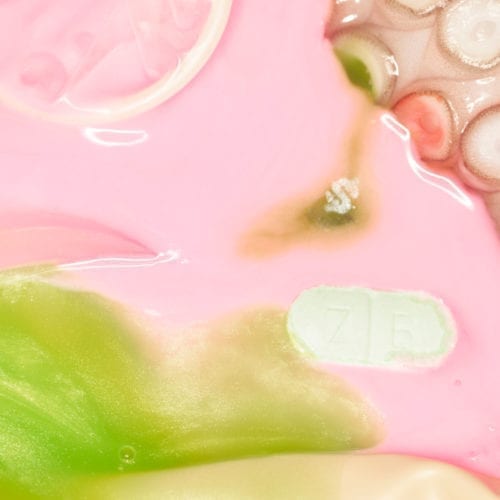 Zen Bamboo shift into higher gear with GLU, a debut album produced by Julien Mineau – whose work with Malajube has been on hold for a stretch. We’re in pop-electro-rock-trip-hop-prog-indie terrain that couldn’t be more abundant here, virtually immersed in a space filled to the brim with guitars, keyboards, analog synthesizers, bass and drums. A superficial listen suggests an extension of the grand era of Malajube, the famous band with whom Zen Bamboo certainly share the values of exaltation and paroxysm. A superficial listen would also indicate an outburst of indie rock and post-grunge nostalgia for the ’90s and 2000s, and thus for a rock spirit that’s evident despite the multitude of references on the table here. Thirty- and forty-year-olds will find themselves at ease in this universe of twenty-somethings. And what about them? Millennial adults may very well hear an echo of their generation. What’s more, we’re told that this is “fresh and manic poetry”, and that it underlines “the impulsive viscosity of the guts” of the lyricist, no less. In fact, the texts are rather delirious, slathered on in the manner of young writers who have a lot to pour out, marbled with real good literary flashes despite the clutter. The themes addressed are in turn absurd, vulgar, anxious, provocative, violent, bloody, tearful, oozing, jubilant, overexcited. This “stormy album” will most likely remain confined to a franco Keb audience because of the local language used here, but… expect some startling sprouts in own our garden.