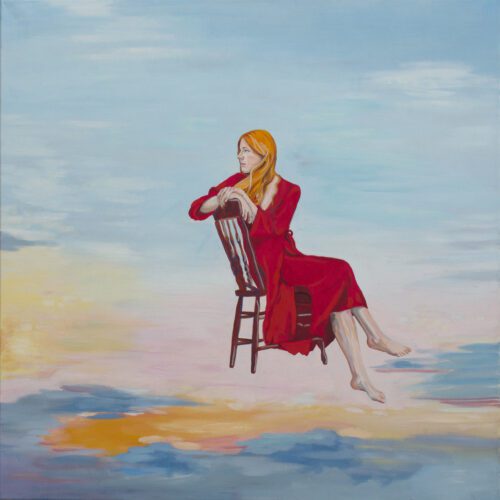 Fans of the introspective female-fronted indie folk-rock genre—now cultivated by names like Phoebe Bridgers, Julia Jacklin, and Mitksi—will find solace in Georgia Harmer’s debut, Stay in Touch. The Harmer name is indeed already a household one thanks to Georgia’s aunt, Sarah, who is known for pushing the Canadian alt-rock sounds into the stratosphere with albums like You Were Here in the late 90s/early 2000s, but it’s not fair to say Georgia only hangs on the laurels of her family name.

On Stay in Touch, she not only demonstrates her prowess as a songwriter but also wonderfully diverse music taste. Indeed, her debut shifts from straight Joni Mitchell folk, to something reminiscent of the American rockers, Garbage, to the Americana of someone like Neko Case or The Weather Station’s earlier albums. I’m also reminded of a younger Julie Doiron when listening to Georgia’s songs like “Austin,” probably the easiest stand out on the whole LP with her one-liners about Texan barbecues and sun-filled skies.

Harmer has a sound that is intimate, but also vague enough to find a home in anyone’s mind. She catalogs clear, personal, memories with an indie rock twinge, but also lets the listener derive their own meaning from her lyricism. “All In My Mind” could be about sneaking into a drive-in movie theatre or gazing at the indigo skies. “It doesn’t matter / it was all in my mind,” Harmer croons on the track.

I think Georgia is going to be a name we hear more and more in the Canadian and perhaps national music sphere. She’s a force to be reckoned with, still finding her sound (we will no doubt get a few future albums where she shifts genre completely) but is already ahead of the curve.

If there’s any indicator, Dan Mangan clearly already figured out she’s a rare gem as he is having her open for his upcoming tour.