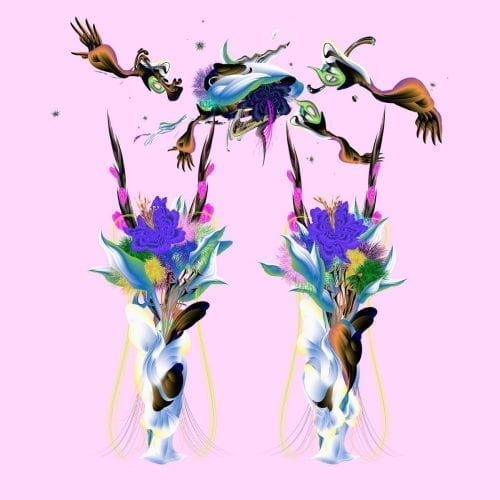 Taipei’s thrift-shop shamans of site-specific psychedelia released their last album, Pán, two years ago, confounding and delighting listeners worldwide with their raw, ritualistic reflections of Taiwan’s complex past (real and imagined). Note that brothers Hom Yu and Jiun Chi of esoteric doom-funk unit Mong Tong are involved in this quintet with two drummers – both bands explore their Taiwanese roots, though Prairie WWWW do so with a lighter, if even weirder, touch, with poetry as a key component.

Last fall found Prairie WWWW as guests on a track on Battles’ Juice B Crypts, the hilarious, hyperactive “Sugar Foot”, joined as well by Jon Anderson… oh, Yes, indeed! They must have got the giggles out of their systems with that, because this new Formosan Dream EP is the most decorous and disciplined recording to their credit. With heavy synths and deconstructed dance-club beats, it’s their most digital too, the ones and zeroes strung like prayer beads along tendrils reaching back through obsolete pop culture, history, folklore, deep myths – all the way, with the eerie interlude “Whales’ Bones”, to some primal, pre-human place.

The response signals from the past manifest as allusions, inferences, incomplete fragments. It’s an expressionistic archaeology that’s in many ways really about the future, a search for pathways forward for a picturesque, culturally cluttered island nation permeated by existential uncertainty. Something a bit more certain (missing only an exact date) is the forthcoming “live session” video for the release. A promising thing, considering that the band took the trophy for Best Live Performance at last year’s Golden Indie Music Awards in Taiwan.