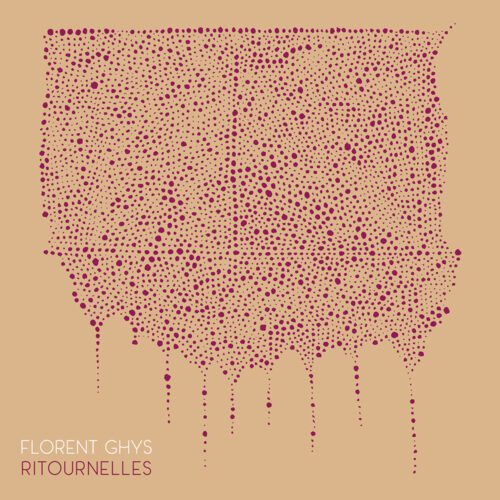 Florent Ghys is a composer, producer, and bass player from Bordeaux, France who likes to fiddle, manipulate, and sometimes even torture sounds and marry them with acoustic lines, mainly played by strings.

Mosaïques et Ritournelles is a double album full of various experiments made during the confinement of the last two years. The composer’s sonic temptations have naturally fallen into one of two categories: post-minimalist/experimental or ambient sophisticated pop. Mosaïques groups together pieces of the first intention, Ritournelles those of the second.

Sampling is very present on Mosaïques, and used in a melodic and rhythmic way, a bit like Steve Reich in Different Trains. The acoustic accompaniment is of the same order, making a point of imitating or offering a counterpoint to the inflections of the vocal palettes used in more or less chopped loops. We like the type of hyperactive listening that this imposes. It is stimulating, demanding, and accessible all at the same time.

Ritournelles is built with more or less the same forces, but their predominance is reversed. Here the acoustic strings take up more space, and the sampling much less. The sense of rhythm is still present, but the natural and organic character of the arrangements/compositions offers a zen-like contrast to Mosaïques.

Somewhere between La Monte Young, Steve Reich (as we said) and Kid Koala, but also Missy Mazzoli and the Bang On A Can band, Mosaïques et Ritournelles proves to be a very pleasing release for all those who like new music, electro and minimalist in tendency, but flirting with contemporary art music and quite generous with its direct and frankly catchy sonic pleasures.