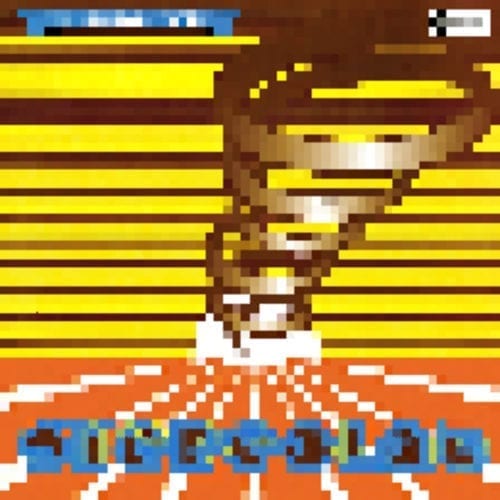 Albums of cover versions in an unexpected style can range from the wretched to the revelatory. The crafty technicians in the chiptune scene indulge the impulse to reimagine familiar tunes with far greater frequency than others, though almost invariably with results that afford little more than passing novelty and an amused smirk.

There’s a bit more substance to Joey Nightcore’s affectionately irreverent, track-for-track remake of Stereolab’s Emperor Tomato Ketchup, among the more memorable of the band’s many releases in the mid-’90s. The French/English icons of retrofuturist art-pop were the ultimate studio rats, their songs serving mainly as checklists of their reference points in experimental music, and platforms for all manner of bells, whistles, and kitchen sinks.

Stripped down to their most basic shapes and retransmitted via simplified square-wave tones, their melodies can’t hide behind the stereophonic tomfoolery and outré instrumentation the originals once foregrounded. It reveals something, then, about numbers like “Les Yper-Sound” and “Cybele’s Reverie” (and about this Nightcore character’s interpretation thereof) that even reduced to their mathematical minimum, they can still charm a listener’s socks off a quarter-century later.