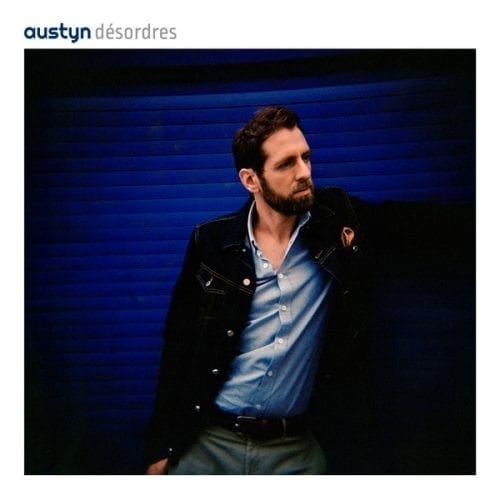 Singer-songwriter Aurélien Lantoine, aka Austyn, already had his finger on his sound in 2010 when he released his first single, “La main sur les yeux”. To create the tune, injected with heartrending guitar and chagrined choruses, Austyn had called upon Yann Cortella, a busy drummer-producer (Jacques Higelin, Brigitte Fontaine, Indochine, Alain Bashung). Still supported by Cortella, Austyn released Je tabou, a four-song EP, the following year. Nine years later, he returned with Désordres, a collection of five titles. His accomplice is now the ingenious and inspired Denis Clavaizolle, best known for his long collaboration with Jean-Louis Murat, but who’s also worked with Daniel Darc, Bashung, Jane Birkin, Arthur H, Miossec, Dominique A, Zaz, and Marianne Faithfull, among others.

It starts with “Tes délits font désordre”, a blues-rocker on a synthetic beat. The lyrics bear the noble and truculent imprint of Boris Bergman and Jean Fauque, Bashung’s lyricists. Austyn’s voice, warm and just raw enough, recalls Paul Personne. “Grenson” revolves around the bewitching atmospheres created by Denis Clavaizolle at the keyboard, as well as nervous guitar impulses. “Brune Mandarine”, with its text with a hookt refrain, written by pal Robin Boissonneau, is a potential hit. On the catchy “Phantom”, a motif that seems to come out of a resonator guitar alternates with a funky riff. The lyrics come from Kent, a musician, writer, and cartoonist renowned in the francosphere. Austyn continues with “Origami”, where he repeats a delicate refrain (“There under the origami sunlights / No one dances anymore, oh well”), before the song ends in a barrage of discordant guitars.

Austyn isn’t content to cleverly perpetuate the pop-rock of his illustrious inspirations. With the contribution of Denis Clavaizolle, he gives it a contemporary feel.