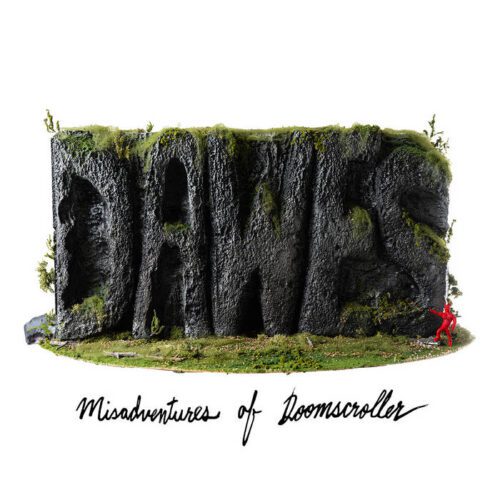 I often find myself among friends and strangers, listening to some of the great records made in the 1960s and 70s. Dropping needles on the masterpieces that combined the music of a four-piece band, great melodies and harmonies, with poetic and thoughtful lyrics. Inevitably, we’ll lament, and someone will say, “they don’t write ‘em like they used to.” While folk rock isn’t the cultural force that it once was, in these conversations I’ll often say, “Well, there’s Dawes.”

I first heard Dawes with their debut album North Hills, released in 2009. I loved the songs, the musicianship, and the lyrics that cut right to the core. Their second album, Nothing is Wrong, only strengthened my relationship with them. The music rocked and swayed at the perfect time and place. I’ve followed their career ever since. And like all great artists, Dawes has grown and stretched the boundaries of who they are, and what they do. They don’t keep writing the same songs and making the same album over and over again.

Their 8th studio album, Misadventures of Doomscroller, takes another step forward in their evolution. It’s an album that asks the listener to take it all in, from beginning to end. Songs with connected themes, and some approaching ten minutes in length. Which is another thing that, in those music conversations, we tend to bemoan, “Does anyone want to make, or even listen to, these kinds of albums anymore?” Inevitably, someone will lament and say, “No one wants a 10-minute rock song.” And, again I reply, “Well, there’s Dawes.”

From the title alone, you get a sense that this album captures the current zeitgeist. “You can poison opposition, find out which war to declare. You can polish up the prisons and send all your critics there,” they sing in “Someone Else’s Café. But there’s a hopeful refrain, “let’s enjoy each other’s company, on the brink of our despair. Does someone have a song to sing, or a joke that they could share?”

The songs seem to survey the madness, frustration, and negativity in our day-to-day world, and what comes from living through your screen: “A wilderness of gossip, asking for deposits, yet it leaves you with some type of withdrawal. Playing on our senses, with a thousand of its lenses, on everything you ate or just bought.” (“Everything is Permanent”). But they also balance it with a positive message about coming together and not letting this new world pull us apart: “Every time we’ve sat here getting nervous for the future. We’ve ended up some version of okay … But there’s a joke in there…we just gotta find a way to laugh.”  (“Joke In There Somewhere”)

Dawes is a band that remembers the days of auld lang syne (days gone by). But their music is also of today, and for today. So, let’s drop the needle, as it were, on this new record. Misadventures of Doomscroller is an album that combines the music of a four-piece band, great melodies and harmonies, with poetic and thoughtful lyrics. It rocks and sways and has the perfect time and place.