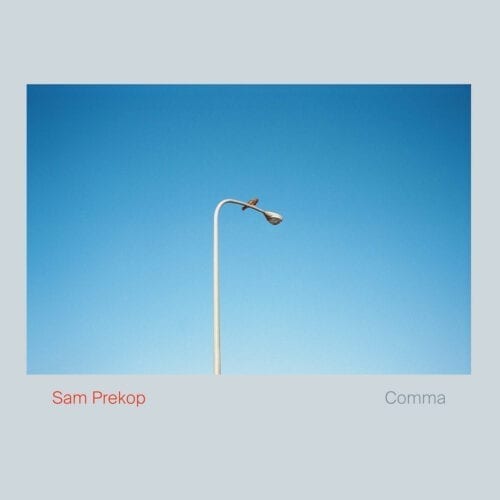 One of the key players in Chicago’s music scene, Sam Prekop is one of three members of the post-rock band The Sea and Cake. With Old Punch Card, his third solo album released about ten years ago, his own music took a decidedly electronic turn. Always giving pride of place to the modular synthesizers that he seems so fond of, Comma doesn’t see him branching off from this direction.

As the instruments Prekop uses are mainly good old analog keyboards, comparisons with the pioneers of electro come to mind. One thinks – obviously – of Kraftwerk, but also of Cluster and Yellow Magic Orchestra. The more atmospheric passages remind us of Brian Eno. Especially the beautiful “September Remember”. The exquisite synthetic vignettes that follow one another on Comma have very little to do with what’s going on in the electro vein at the moment. In fact, like the Scottish band Boards of Canada before him, the magician Prekop manages to touch on something more timeless.

With Comma, the veteran doesn’t just go back over the ideas he put forward on his previous albums. The addition of a drum machine and Roland SH-101 keyboard to his hardware allows him to take a new approach that focuses more on rhythm and melody. As a result, the album is less abstract than his previous works. The journey he takes us on is no less captivating.