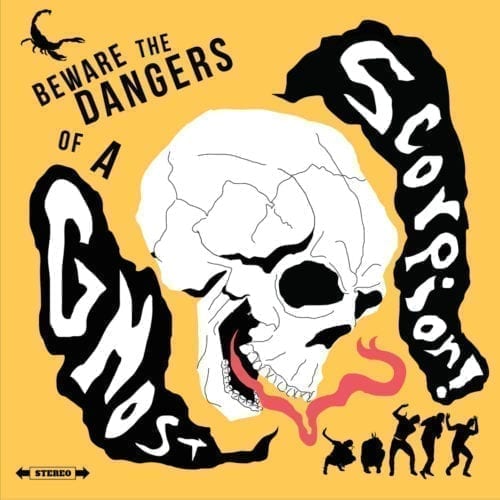 Upon first impression, one would imagine that the members of this Boston surf-punk outfit are upstanding, civic-minded fellows. They’ve used their band name as an opportunity to remind us all that murder hornets aren’t the only deadly mutant menace out there. The frantic energy of their latest album would seem to further underline their sense of earnest, neighbourly concern.

Closer examination reveals that these are not in fact men of good moral character. Their distinguishing characteristic among their ilk is the twin lead guitars of Vince Vance DeLambre and Professor Coyote Science. This is no deferential pas de deux, there is no gentlemanly accommodation here. When one is relegated to rhythm position, it’s begrudgingly. Things sooner or later erupt into a shoving match between two aggressive goons of equal skill and intransigence. Their bystander buddies on bass and drums, meanwhile, just seem to snicker and egg them on. This sort of problem behaviour is particularly apparent on “I See Them Heads But Not Them Bodies”, and on the album’s blistering closer and lead single, “Me And Him Are Gonna Beat You Up”.

Look, one can argue nobody is entirely irredeemable, and so some credit can be afforded this otherwise disgraceful bunch. The surf/garage wave they’re riding, a revival of a revival of tawdry trash for greasy teens, offers mostly diminishing returns these days. BTDOAGS! give it an exhilarating nitro injection. And they were thoughtful enough to warn us about the ghost scorpions, there is that.