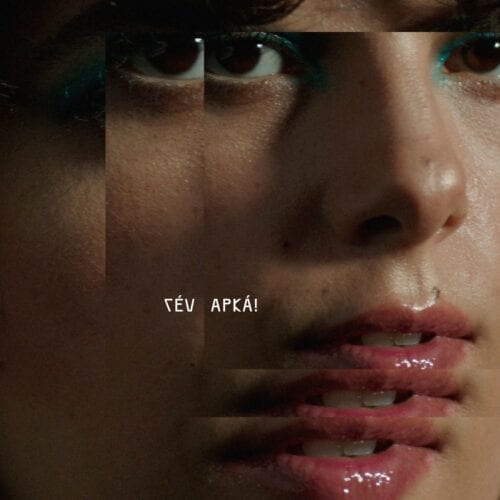 “APKÀ!” is the war cry of little Antonio, most recent child of singer Céu and her drummer Pupillo, two names that have finally become references in the musical and artistic world of the South American megalopolis of São Paulo. One can imagine the intense nightlife of this vibrant city whose population in 2020 exceeded 22 million souls, and where, consequently, it’s not so easy to break through.

Outside Brazil, on the other hand, everything has worked like clockwork. Like a comet rising from the underground, Céu’s debut album, released on the independent San Francisco hybrid label Six Degrees in 2006, benefited from one of those rare word-of-mouth episodes dreamt of by all the artists on our small planet. In Canada, the reaction has been almost exclusively in Quebec, but so favourable that the eponymous album sold over 10,000 copies in just a few months. And this, long before Céu officially became a critical darling in her tropical country and a regular at the Latin Grammys. Céu’s second album, the sublime Vagarosa, was nominated for a number of prestigious awards and her third, Caravana Sereia Bloom, took awards home, and took a sharp turn in terms of sound with a bias towards offbeat, psychedelic, and surrealist pop.

More and more, Céu, at the age of 40, masters her subject. She writes the lyrics and music, and the more she gets involved, the more we feel she is in full control of her voice, her aesthetics, oscillating between kitsch, post-modern sounds, and futuristic melancholy. Vintage keyboard sounds that might suit Super Mario, as well as the art deco decors and accoutrements of the strange and phantasmagorical new videos, it’s all there.

The beginning goes very smoothly with an electronic rhythm in echo and distortion. Then come the catchy pop and mechanical choruses of “Coreto”, “Forçar O Verao” and “Corpocontinente”, and the funky guitar of “Fênix do Amor”. Two tracks in English only, with a slight dizzyness. All in all, a logical sequel to Tropix, the beautiful Brazilian’s fourth solo album.

Mom’s music is an intimate mix of various moods, but Antonio, one year old, continues to yell APKÀ! to express his joy, his approval, his bliss.