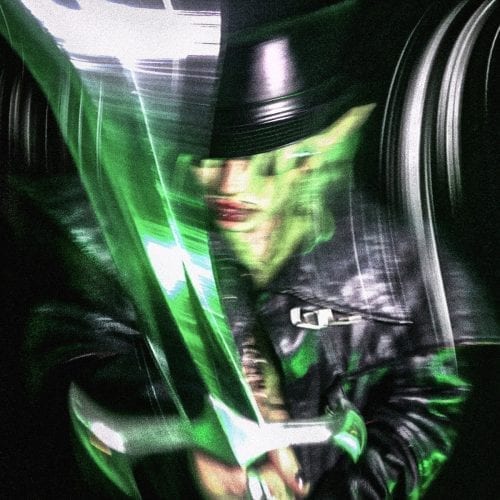 Dorian Electra, born Dorian Electra Fridkin Gomberg, is quite a character. A pure LGBT product in the image of a Mykki Blanko or a Tommy Cash, Dorian produces experimental pop that’s both uncomplicated and explosive. Forget the glamour, he’s trashy. For this big Bowie fan, androgyny has become second nature over the years. The moustache and eyeliner has made the transition official and finally allowed him to affirm who Dorian Electra really is. He’s as uncomplicated as his music. “The process of taking something traditional, celebrating it but also critiquing it, dismantling it and exploding it, it’s just how I view everything, whether it’s fashion or gender or politics or whatever,” Electra told Bandcamp Daily.

Agenda is no more and no less than that. The distortion of syrupy, “girly” pop that’s been steamrolled. What’s left of it? Voices passed through a vocoder to accentuate the effect. “F The World”, which opens the album, is a typical example. A mix of all genres: trance, dubstep, noise with a female voice to make the whole softer. But it’s nothing of the sort! The titular “My Agenda”, crowned by the participation of Pussy Riot and The Village People (yes, yes, you read that right!), brings the artist’s madness to a climax. An assured and efficient mix of genres. More rock and baroque with “M’Lady”, Rebecca Black’s collaboration on “Edgelord” adds a hint of hip-hop. “My Agenda” comes straight out of Electra’s imagination, where the barriers between genres have never had a place.