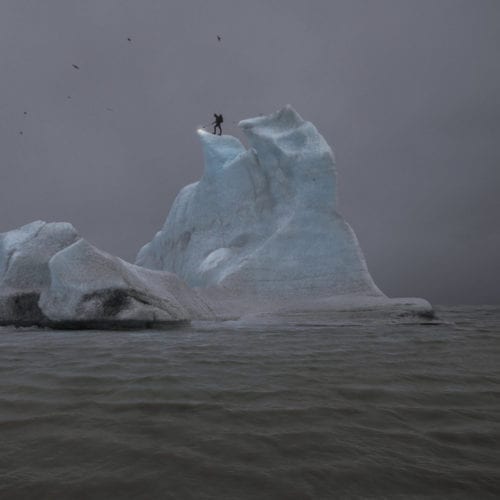 Pianist Cory Smythe took the stage at FIMAV in May 2019 with the Tyshawn Sorey Trio, an ensemble that gave an impressive concert in which Smythe’s very original playing literally stole the show. The recording of this disc dates from December 2018. Inspired by the work of Andrew Hill, another pianist, on his 1970 recording Lift Every Voice (in which a jazz quintet interacted with a vocal quintet), Smythe invited five singers from diverse backgrounds to join him, including Kyoko Kitamura, Michael Mayo, Raquel Acevedo Klein, Steven Hrycelak, and Kari Francis. Francis is a vocal percussionist, while Hrycelak plays bass, with the other three playing in various capacities. Smythe’s piano is augmented by a keyboard that reproduces the sound of the piano a quarter tone apart, resulting in surprising harmonies, to say the least, in which the voices also add strange spices (the opening piece, “Northern Cities Vowel Shift”, is a magnificent example of the genre). The composer’s music is very much in his own style, at the crossroads between avant-garde jazz and contemporary music. The treatment of the voices evokes the strangeness one can feel when listening to Stockhausen’s Gesang der Jünglinge (the pianist adds a little “talk box” to his instrument in one piece, to electronically “vocalize” the sound). The ensemble is a firework display of inventiveness which, as Smythe says of the Andrew Hill disc that inspired it, offers us “transcendent optimism in the face of overwhelming harm”.