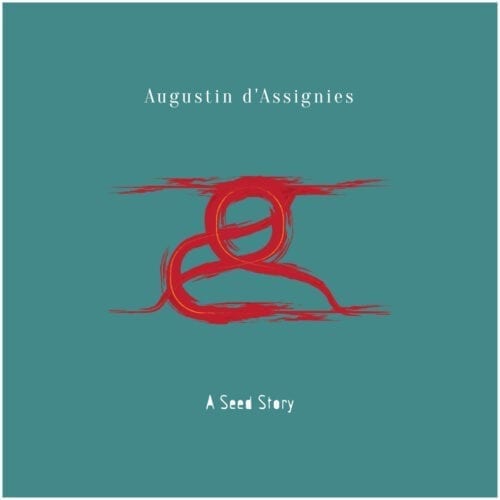 After ten years of touring with Lilly Wood and the Prick, Ayo, and Zaz, the Parisian pianist Augustin d’Assignies returns to his two loves: composing for piano… and the vine. On this first EP, d’Assignies takes his listeners into a colourful musical universe where Debussy-influenced music rubs shoulders with American minimalism, jazz, and electronics.

The first track (“Gouttes de Dieu”, first released as a single) is a tribute to Japanese culture and its imaginary worlds. It has a colour and vitality reminiscent of composer Joe Hisaishi, famous for composing the music for Hayao Miyazaki’s award-winning animated films. The title track “A Seed Story” intelligently combines piano lines and electronic effects to create a world where the sound of the piano mechanics is always brought to the fore, but in a different light as the piece unfolds. “Miniature #1 (for Brad)”, dedicated to the versatile American pianist Brad Mehdlau, and “January” both have a serene and melancholic nocturnal character. Like an aquatic reminder of the opening piece, “Ondine” is in the purest minimalist style, repeating a single arabesque pattern that unfolds to let only a few crystalline notes resonate at the end.

With this short album, d’Assignies is planting a seed whose fruits have the potential to reveal a variety of flavours and a musical identity where mastery of the material and inventiveness are constantly evolving. It remains to be seen now how this musician winegrower will maintain his vines and develop his next musical vintages.