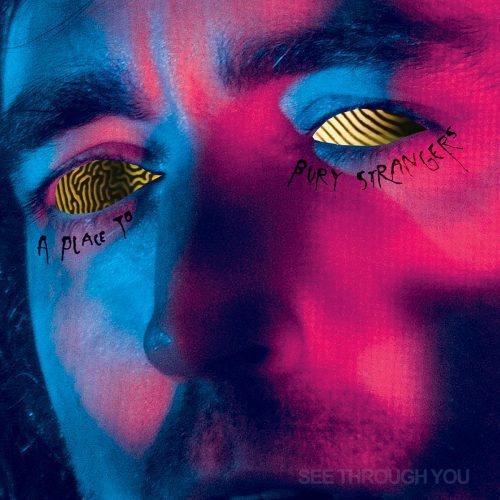 I still remember the day I became infatuated with the New York noise-punk group, A Place to Bury Strangers. A friend of mine and I were on a road trip while the song “Worship” started shaking and ripping apart the dashboard of his car. At this time I was on a huge doom metal kick with bands like Electric Wizard, Uncle Acid & the Dead Beats, Pentagram, etc., but I was growing tired of the recurrent themes of witches, cults, goblins, and ghouls. I wanted something heavy to get ‘lost in the void’ so to speak—something I could almost consciously dissociate to.

A Place to Bury Strangers (APTBS) had a sound soaked in distorted reverb that stopped me dead in my tracks. “Worship” sounded heavier and more sinister than any doom metal I had heard at the time, with the same punk tenacity of something by The Germs.

Flashforward a decade or so later and APTBS has just dropped See Through You, their sixth LP that follows up the Hologram EP from last year. Helmed by the gear wizard, Oliver Ackermann, [we interviewed him here] who plays triple duty as the singer, multi-instrumentalist (guitar, synths, noise box,) See Through You, focuses much more on melodic hooks than previous APTBS releases.

There are still walls of sound, but the vocals hooks on songs like “So Low,” or the madness of “Anyone But You” seem more thought out than just straight red-dialed noise of earlier releases. Don’t get me wrong, I’m a sucker for that red-dialed noise. I don’t listen to APTBS for the lyrical content, but with this new release, perhaps I should start. I mean, “Broken” is the most indie rock they’ve ever sounded.

It seems Ackermann truly trusts his new lineup of husband and wife John and Sandra Fedowitz (who played bass and drums.) In fact, John and Sandra have their own noisy project, Ceremony East Coast, a project Ackermann has always been a fan of. He and John were also both in the ‘90s shoegaze band Skywave together. Basically, the new lineup works and it pushes the APTBS sound further into the cosmic void.

And there’s plenty of sound annihilation, like on “I Disappear (When You’re Near)” which can catch you off guard if you have your volume cranked (I should have known better.) Ackermann is a guy who loves things that sound broken—(speakers, guitars (his are usually glued-together, Frankensteined, monstrosities only for him), pedals, cymbals, you name it—and push the boundaries of contemporary sound. See Through You is a great release for anyone who wants to dip their toes in the noise rock/post-punk, whatever you want to call it genre, but will also harken back to the glory days of Worship for die-hard fans.