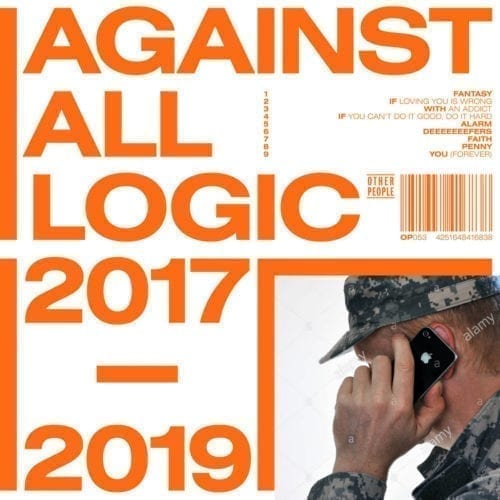 Before using the Against All Logic pseudonym, Nicolas Jaar already enjoyed an enviable reputation in the electronic music scene. His debut album, Space Is Only Noise, released in 2011, assured him recognition with intimate tracks, both experimental and comforting, punctuated with soothing samples and acoustic instruments.

In 2017, the Chilean-born producer took his audience by surprise by releasing his first album under the banner of Against All Logic. The approach, more frontal and extroverted, is resolutely marked by house and turned towards dancefloors. If slight attacks of distortion were already discreetly present, the music of this first offering was above all danceable, funk, soul, and electro brought together by the inclusive spirit of house. Due to some more aggressive spikes, it was clear, however, that a certain tension was brewing under this apparent good mood.

With 2017-2019, what was previously to be guessed at is now coming to light. This time, the industrial perspective is never far off, although the producer approaches it with subtlety and restraint. If house still sets the guidelines, the tone has hardened and cooled down, while the distortion, often digital, constantly comes back to remind us that things have gotten tougher. ALL’s music is still at home on a dancefloor, but we imagine it in a decrepit building housing a clandestine fauna. It’s not just a party thing, as you might have guessed. Besides, the meticulous work on the textures allows an equally satisfying listening experience in an armchair.

The heavy, sometimes deconstructed rhythms, the metallic percussion, the sometimes snarling remarks (see the collaboration with Lydia Lunch), as well as the distortion attacks without warning are only part of the affair, however. Soul, funk, jungle and more classic house sounds have not been abandoned and manage to express themselves naturally. It’s in this contrast and collision that the strength of 2017-2019 lies. The saturation that brings out a harmonic richness that would otherwise have remained timid, increasing the impact of these multiple orientations. In the same way, the varied production techniques, the integration of codes from various origins and the winks at different times only, paradoxically, reinforce the cohesion of the whole.

If one could believe at the beginning that Against All Logic was only a sympathetic aside, the eagerness with which Nicolas Jaar offered this second chapter leads us to believe that the producer is working on it with an enthusiasm that allows us, to our great delight, to predict a continuation.