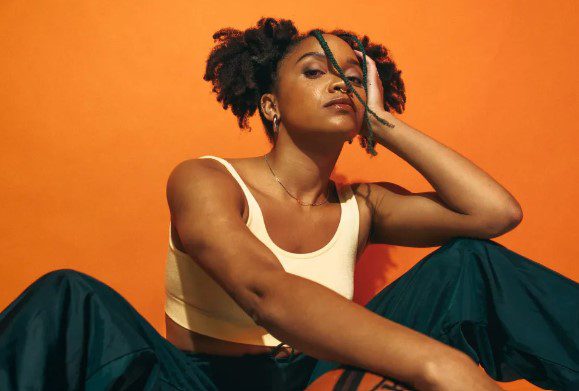 One year after “What We Lost,” Janette King has a lot to gain

Signed to Hot Tramp Records, Janette King released her debut album “What We Lost” in June 2021. Through the 12 tracks of this first album, the excellent singer mixes R&B, soul, hip-hop and pop. The song “Airplane” is by far the most popular, one year after its release.

At her next concert in Montreal, we can also expect to hear “new songs,” she announces. In addition, the Rest of Canada will be able to see Janette King perform four times, including in Ottawa and Toronto.

Pan M 360 spoke with the Montrealer to find out more about her presence at the Jazz Festival and the possibility of her international career if the trend continues.

JANETTE KING: I was born in Vancouver and studied dance and music. When I was young, I did several years of dance. I loved to dance and listen to music. In a way, this sport was my introduction to music. Then I studied Jazz. There, I deepened my knowledge of composition and musical arrangement. At that time, I started singing in a group called Boom Booms in Vancouver. We did shows in the United States, Mexico and even Brazil. Those were great experiences. When I finished school, I decided to move to Montreal. That’s when I started singing solo.

PAN M 360: When you create your music, how do you want it to be received by the listeners?

JANETTE KING: When I create, I want my future listeners to be able to relate to my music. I want them to feel that their own experiences are projected in my songs. I want people to identify with my music and for an emotional connection to be made between them and the music.

PAN M 360: In the past, you have done beat-making. Do you prefer to work with computer production or real instruments?

JANETTE KING: I like the mix between computer production and acoustic recording. I like to incorporate elements of the real world into my music. I feel like the magic happens when you find the perfect musical balance between the real and the electronic. When I hear an instrument and it’s not tuned properly, I can feel different and sing in a different way. That’s the great thing about recording with real instruments, it’s not always perfect. That imperfection is often impossible to recreate. Also, computer production can sound as robotic as it is perfect. You have to experiment and find what you like best.

PAN M 360: We are a few days away from your concert at the Montreal International Jazz Festival. How are you feeling?

JANETTE KING: I’m really looking forward to it. This will be my first show at a jazz festival. I’m honoured to be one of those artists who gets to be there. Many of the artists I admire have performed at the Montreal festival. This is the biggest accomplishment of my career. In the past, the Montreal Jazz Festival has captured my heart many times. I normally go every year. These days I listen to a lot of Robert Glasper, I’m really looking forward to seeing him play!

PAN M 360: What is your relationship with the city of Montreal?

JANETTE KING: Montreal is the love of my life. I love living here. Even though it’s not where I was born, Montreal has become my home. I have made friends with many people here. I love the city. It is full of energy and life.

PAN M 360: What elements of jazz music do you incorporate into your music?

JANETTE KING: I love improvisation. When I’m on stage, I improvise my melodies. I love being able to give the crowd moments that are created in real-time and are never going to be recreated. It’s like it’s exclusive to the moment. That’s what I love most about jazz concerts. It’s very interesting to go to a jazz concert and see and hear things that have never been done before.

PAN M 360: It’s been over a year since the release of your album What We Lost. How do you feel about this project? What can we expect from your next project?

JANETTE KING: I’m really happy with the reception of the listeners. Even after a year, I wouldn’t change a single thing about this album. And I can’t wait for my next one to come out! When I created What We Lost, I really went through a lot of inner workings and worked hard to get the sounds I wanted. For my next project, I’m surrounding myself with people who inspire me, I see them as guides to shape my new music. There will be a lot of retro sounds and synthesizer, I will also be drawing a lot of inspiration from Prince’s music. I hope to have this project finished by the end of the summer.