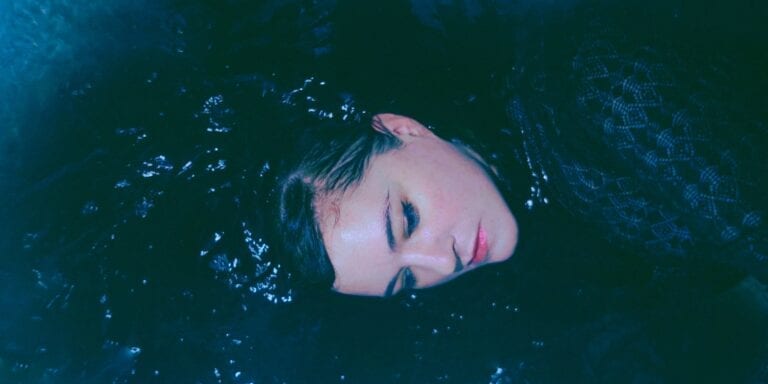 Julianna Barwick: A river less still than it seems

Since her emergence in 2006, American musician Julianna Barwick has gained great notoriety for her vocal, instrumental, and electronic superimpositions, generated by digital and analog technologies. Life is certainly no slow ride for the woman, who has just launched the linear works of Healing Is a Miracle and Ninja Tune, with contributions by Sigur Rós singer Jónsi, harpist Mary Lattimore, and producer Nosaj Thing.

For the fourth time since 2011, the year of her arrival on the international scene while working in the New York studio of Sufjan Stevens, who had recruited her for his label Asthmatic Kitty after the release of her EPs Sanguine (2006) and Florine (2009), Julianna Barwick is releasing a new album, Healing Is a Miracle, which follows Will (2016), Nepenthe (2013) and The Magic Place (2011).

PAN M 360: During the last four years, after Will’s release and before Healing Is a Miracle, you’ve been working on different projects. Tell us about the music you composed for dance.

JULIANNA BARWICK: I had just moved to Los Angeles in 2017, after living in New York for 16 years. I was then asked to make music for the Ballet Collective, kind of a side project by dancer and choreographer Troy Schumacher of New York City Ballet.  He wanted to have me on stage performing with the dancers, and I’ve never done that. I had worked with dancers before, but I had never created original music, in this case a 35-minute piece. At first, I told Troy that I would love to do the music but there was no way I would play it live.

The dance company just scared me too much, because all of the ballet dancers were in the New York City Ballet, I was way too intimidated.  But they asked me to try rehearsing with the dancers. I’d been encouraged to try, my friends told me that would be a memorable experience, and I tried it and we ended up giving three performances in New York. That was an incredible experience! It was kind of nice for me. It was a real challenge for me to move to Los Angeles, but I was very happy to be often in New York in 2017.

PAN M 360 : In 2018, still in New York, you worked with artificial intelligence to carry out a very special project: music constantly renewed by ambient sounds, captured in real time. Tell us about it.

JB: I composed music for the Sister City Hotel, with the Ace Hotel and Microsoft teams. On the top of this hotel, there was a camera reading information from the sky. Those images and sounds – birds, airplanes, or whatever – were filtered through a Microsoft artificial intelligence program. This program triggered the sounds that I had made previously and generated an ever-evolving score, nourished by its environment. Then we took some inserts from that and we created a recording of it, and then we released, in 2019, an EP called Circumstance Synthesis.

PAN M 360 : You grew up in Louisiana before moving to New York to study and live for 16 years – why are you now in Los Angeles?

JB: For so many reasons. First, I love the weather. Also there are a lot of composers and musicians out here. I have a little house here and it’s so quiet – I can record without sound irritants. In Brooklyn, there was always noise from outside, but I miss walking around the city. I need to walk… it is just the magic of New York. But L.A. is more quiet, the nature here is insane… forest, mountain, ocean, redwoods, desert… so much inspiration around here.

PAN M 360 : Last year, you started making music again for yourself, but also with artists who are friends. Let’s start with Jónsi de Sigur Rós, tell us about this collaboration in the context of your new album, for the song “In Light”.

JB: I did record in Iceland in 2012. Jónsi and I became friends, then I toured with Sigur Rós. I was, and I still am, a huge fan of Sigur Rós and his solo work. The best voice ever! Jónsi lives in L.A. now, I asked him if he wanted to sing on my record, so he agreed. I sent him a music demo, and then he told me that I would have to write lyrics. Once again, I’ve never really done that. So I said okay… anything Jónsi asks me to do, I answer yes. I sent him back this song and he recorded his part with his own production. It came out as an entirely new, wonderful collaboration. But it made me very nervous and it took me out of my comfort zone. You know, I like one take, do kind of improvisation and piece the parts together, I don’t spend too much time on it. So it was a huge learning experience for me, I’m so proud of the song that we made together.

PAN M 360: You have also worked with Nosaj Thing, an excellent producer, DJ, and composer of electronic music and experimental hip hop, based in Los Angeles. He’s released some very interesting albums on the Innovative Leisure and Alpha Pup labels. How did you connect?

JB: He and I had been in touch when I was in New York. We exchanged emails and infos, and I finally met up with him in L.A. Initially, I imagined working with him on this entire record. But he was super busy – he has his own label, he also DJs, he works with so many people, on and on and on, so it was very difficult to work with him a lot because of his schedule. Anyway, I sent him some music, same kind of deal with Jónsi. I brought him the stuff and he added some beats on it, and I put some keyboards over it in the studio. So that was a similar process, but this time I didn’t have to write lyrics.

PAN M 360:  Originally from Asheville, a small town in North Carolina that’s become an important hub for neo-folk and neo-folk-rock, harpist Mary Lattimore has released five albums since 2013. She’s worked with Thurston Moore, Jeff Zeigler, Kurt Vile, and Steve Gunn, among others… and most recently, with you.

JB: Yes. Mary and I are very close friends, we both live in Los Angeles and we toured a lot together. I also did a remix of her record, a couple years ago. She is so amazing, I always wanted her playing on my records. I made that song “Oh Memory”, then she came over to my home studio, we did around ten takes of her playing along with that song. She’s classically trained, she did amazing things for this song. That’s how that happened.

PAN M 360: Even if one observes a tangible evolution in your music, don’t the original basics remain the same?

JB: Yes, we are in the same country. Some songs on the last album are of the same type as those of my debut. But on the other hand, Healing Is a Miracle has totally different songs. For example, what I did with Jónsi is very structured, almost pop, close to the song form. So I feel like it’s a sort of mixed bag.

PAN M 360 : To fully understand Healing Is a Miracle, one needs to know the basics of your work, so we have to go back to your professional beginnings. Tell us about it.

JB: Okay. In 2005, I started recording, after tinkering around with electronics, electric guitar, loop pedal, and my voice. I started feeding those loops and recorded it on my four-tracks recorder. I made my first master, but I didn’t really know what I was doing. I just worked with what I had, and I released my first EP in 2006. Then I got a computer and I bought Garage Band software. I taught myself and went to SoHo for free Apple Store Garage Band workshops. I released a second EP, and after that, I recorded on Asthmatic Kitty.

Instead of doing a bedroom recording as I did before, I used Sufjan Stevens studio while he was on tour. There was a piano, a drum set, other instruments… that was The Magic Place! And next thing I knew after this, Alex Somers sent me an email to record my next album with him in Iceland. So I had to get out of my comfort zone, and recorded with guests and other people watching me. Alex had an amazing home studio and we also went to the studio where Sigur Rós recorded. That was a huge 180 for me. So every record has been a step for me, in one way or another. That’s been my journey.