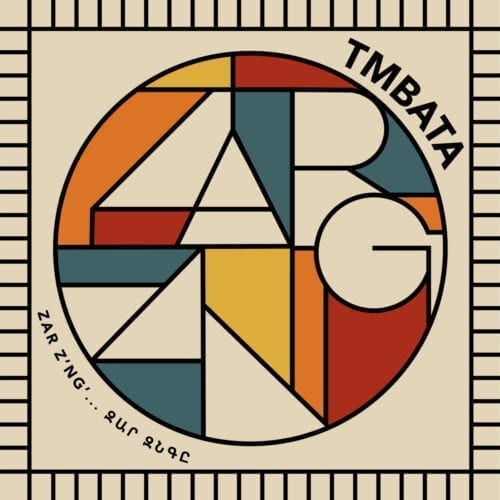 TmbaTa Orchestra is at its root a pedagogical project, one overseen by a genuine local rock star. A longstanding member of Bambir, a folk-rock band that’s been around since the Soviet days, and also the leader of Vishup Ensemble, a more mature and high-end neo-folk project, Arik Grigoryan has for a few years now directed musical workshops for teens and young adults at the Tumo Center for Creative Technologies in the Armenian capital, Yerevan. His approach is to guide the participants deep into centuries-old Armenian traditional songs, and with that a greater grasp of their heritage, while retaining their engagement with contemporary elements and interesting fusions.

Flavours from North Africa, the Middle East, Mother Russia, and more insinuate themselves into these numbers, as do pneumatic basslines that flirt with disco, a manic clarinet suggestive of klezmer, and sizzling, even caustic guitar and saxophone passages that come close to jazz-punk. The essential element of TmbaTa’s sound, though, is the women’s choral singing, fierce and expressive as they range from polyphony, to call and response, to rousing gang chants.

It seems evident that as the project has evolved, exceptional players have emerged. In comparison to earlier recordings, this is clearly no longer an after-school activity for fidgety kids, but instead a pro-level band with party-starting potential, primed for the festival circuit as it re-emerges (see them here at Sweden’s Göteborg Folk Festival, this past September). Unsurprisingly, Grigoryan and his crew have been very busy recently, helping Armenia’s internal refugees from Artsakh as best they can, so right now might be an ideal moment to buy their music…