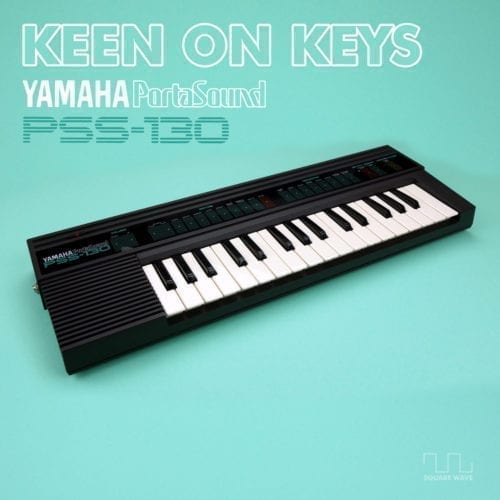 This Keen on Keys character is an (as yet) unnamed Berlin synth geek with a particular interest in archaic, simplistic, consumer-electronic keyboards from the 1980s, the recreational-purposes-only kind. His YouTube channel is a series of smartly produced reviews of such kitschy contraptions (heaven knows where he finds them), informative to a magisterial degree yet mild-mannered, even folksy, in his delivery – a fine way to cover up what’s clearly a maniacal obsession. He also puts out recordings of compact, snappy, emotive little exercises created entirely with the keyboard in question, revealing a pronounced knack for crafting enjoyable electro-pop miniatures to accompany his cataloguing of the devices. Following recent assessments of the Kawai MS720 and the Casio MT-30, his latest three-track EP puts the Yamaha PSS-130 under the spotlight, its square-wave function effectively making this a chiptune effort. The first two tracks are nice sketches, while the third, “Square Light”, is longer, richer, and really quite satisfying.