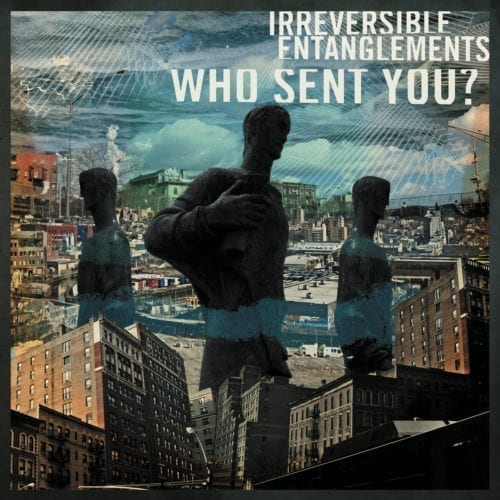 The revolutionary rhetoric of Camae Ayewa has been heard for some years now. Under the pseudonym Moor Mother, the Philadelphia-born poet and activist has released three very good albums on which her poetry is supported by electronic noise music. She is also a member of the literary collective Black Quantum Futurism, and the legendary Art Ensemble of Chicago. In my opinion, the jazz band Irreversible Entanglements is the best vehicle for her powerful words.

Who Sent You? is the second album from the band, whose members met during a demonstration against police brutality. Keir Neuringer (saxophone), Aquiles Navarro (trumpet), Luke Stewart (double bass) and Tcheser Holmes (drums) are the direct heirs of the free-jazz musicians who ignited the musical blaze during the Black civil-rights struggle in the 1960s. The punk attitude and militant hip hop influence Ayewa brings with her, however, ensure that the band’s music is true to the moment.

Propelled by this scintillating band, Ayewa’s voice speaks out against the abuses of police powers, political control and religious institutions (“The Pope must be drunk,” she claims on “Blues Ideology”). Despite the harshness of her words, the poetess always keeps her calm and recites her lyrics with an imposing firmness. The instrumentalists do the same by sparing the eruptions, maintaining instead a climate of tension that lasts throughout the record. The message has only more impact.