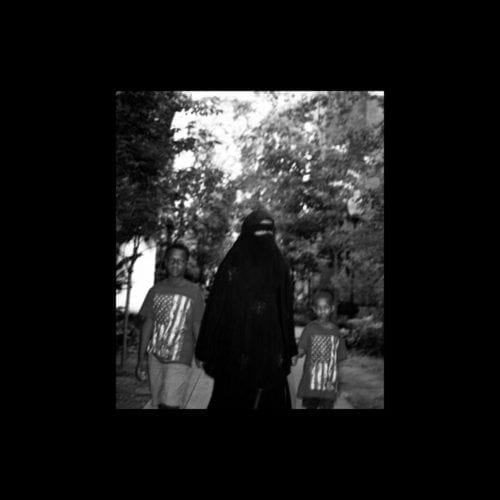 “We are not in search of answers, or a path forward / We are in the mood to grieve, the only way we know how.” That’s how the Iranian-Canadian Mehrabani-Yeganeh brothers, now based in the United States, describe the mood of their latest production. They work, as always, from recordings of Iranian daily life, including Shiite sermons. This sound immersion is surrounded by harsh noise, ambient and dub. The result? A striking album, in the calm as well as in the din.

On “Let’s Mourn Together”, the sermons, distorted, notably by a Donald Duck effect, are downright grotesque. The incantations, by dint of sound loops, turn into as many decantations. The ensemble acquires a stunning gravity and intensity. Travis Laplante’s saxophone, multiplied tenfold by effects, rends the soul and nails the listener in place in “Poverty as Pride”, with its rhythmic cadence and noisy background. They leave the noise behind on “Pluto’s Porn”, an experimental jazz piece with a muted trumpet and childlike voices in the background. “Movin’ Out of Harlem”, with the collaboration of ARP 220, proves to be the most poignant piece. The melancholic loops and scrambled voices evoke a lingering sensation of lost paradise, of the end of the road where the horizon is blocked. Finally, on “Broke my Heart in ’52”, the final piece, the preaching becomes an indictment. A distorted, indignant voice launches into a diatribe against the American and British involvement in the overthrow of the Mossadegh government in Iran in 1952.

Tribute or mockery? It swings between the two at first before reaching a much more complex area, expressing a heritage both heterodox and foundational. The whole genius of the duo is revealed in this device: to make us feel the inner turmoil of two mourners in their native country. Without a doubt, a great success in terms of sound, emotion, and politics.