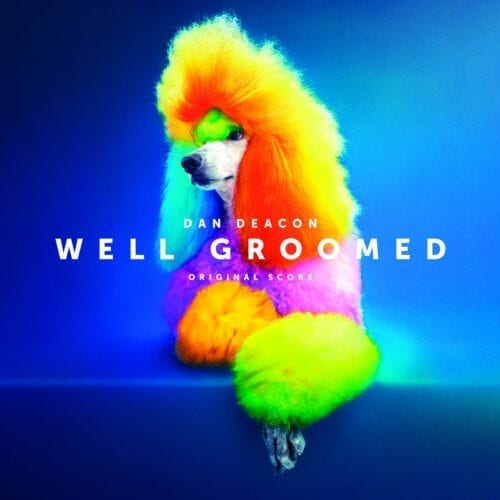 With regards to crafting music to accompany prancing, fluffy poodles, trimmed like topiary gardens and dyed in a million gaudy neon colours, it’s hard to think offhand of anyone better suited to the task than Dan Deacon. The Baltimore musician manufactures stereophonic starbursts and rainbows, powerfully euphoric stuff, and it’s just the right thing for the soundtrack to Rebecca Stern’s new documentary about competitive dog groomers, out now on iTunes and HBO.

Deacon’s work bears both the complexities of classical training (note the dyslexic baroque sketch that emerges out of “Nicole Will Take Over the Shop”), and the sympathetic crudeness of DIY culture and art naïf. There’s an obvious sympathetic link – Deacon has referred to the dog groomers in the film as “folk artists”, and his own efforts in the audiovisual field (recall with great joy the amazing Ultimate Reality, from 2007) nod to similar themes.

Necessarily portioned in a pretty conventional way here, Deacon’s music is less something to ruminate over than something to luxuriate in. There’s some apprehensive drama, like “Scissors Down”, presumably the theme to the doc’s moment of truth. A minute of sadness too, “Ariadne’s Lament”. But it’s mostly what Deacon does so well, cresting swells of euphonic exultation and the occasional auditory equivalent of a backrub.