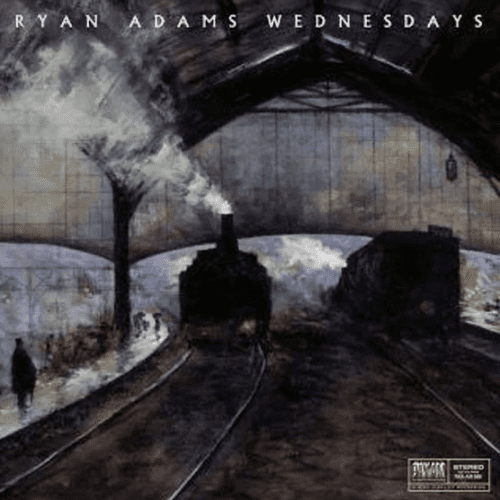 During a Ryan Adams concert at the Théâtre Saint-Denis in 2007, an audience member said to him, “I want us to get married, Ryan”, to which he replied, “Oh no, believe me, you wouldn’t want an existence made of miseries”. The audience, who laughed at the time, would probably react differently today in light of the allegations of sexual misconduct that have been hanging over Adams since last year. For the rest, let the relevant authorities – including the FBI – do their job. The suicide of musician Neal Casal, who was in Adams’ entourage with the Cardinals, must also have had an effect on Adams’ mood.

Ryan Adams, undeniably one of the most gifted and prolific American singers in the country-folk-rock world, releases Wednesdays, his 17th post-Whiskeytown studio album and first release since Prisoner in 2017. In 2019, Adams was scheduled to begin a trilogy beginning with the album Big Colors. The events mentioned above obviously turned the calendar upside down, as Wednesdays is the first volume. On the virtual cover, you can admire the piece “The North Station” by the Dutch painter Sieben Johannes Ten Cate. A train arrives at the station and another one leaves; the principal interested party has not specified whether this is a metaphor for himself.

Adams often presents us with a narrator in his songs who’s despondent over his sentimental disappointments. This time, however, he’s engaged in a formal act of contrition, and in an acoustic mode. The titles are more than explicit: “I’m Sorry and I Love You”, “Who Is Going to Love Me Now If Not You”, “Walk in the Dark”, “Lost in Time”, “Dreaming You Backwards” and “Poison & Pain”, on which Adams sings “My demons / Alcohol and freedom / A king without a queen / A king without a kingdom”.

Adams announced last year that Jason Isbell, Emmylou Harris, Benmont Tench, and Don Was would collaborate on Wednesdays. While he can’t confirm anything given the paucity of information (and Adams and the usual commentators are terse), your correspondent believes he can hear the organ of the veteran Tench on “Birmingham” and “Lost in Time”, and the voice of the mythical Emmylou on “Mamma”.

All in all, the 11 songs on Wednesdays confirm that Ryan Adams remains, despite everything, an exceptional singer and a moving performer.