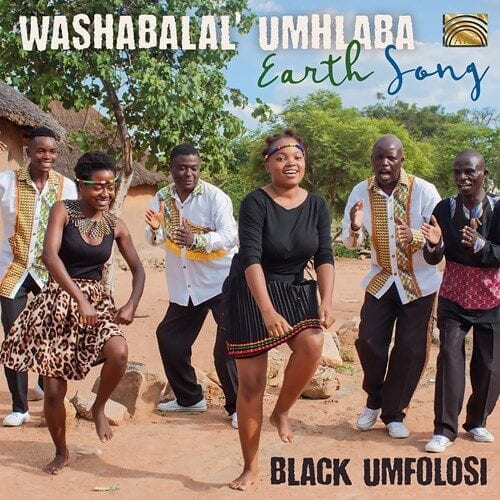 Black Umfolosi is a great acapella vocal group whose roots are deep in several provinces of Zimbabwe. Its name, “the black river”, is borrowed from a neighbouring country, South Africa, with which it shares this river, now partially dried up. The other inescapable point in common with Nelson Mandela’s country is, of course, the sublime vocal harmonies that most of us didn’t know existed before Paul Simon met Joseph Shabalala in London and recorded “Homeless”, in Zulu, on the album Graceland in 1985.

…And then there were six. Black Umfolosi are still working at full speed since forming in 1982 (almost 40 years old!), and here’s their 15th album, not counting collaborations and the numerous solo albums of its three founding members, Thomeki Dube, Sotsha Moyo, and Austine Chiane (the very deep baritone that such a band couldn’t do without). Three other members were added to the final line-up, the strongest and most balanced Umfolozi has known in its long history. They are a gifted young dancer and two solo singers from the new generation. These new recruits are now involved in solo singing and the creation of choreographies that are also the trademark of other adjacent groups such as Ladysmith Black Mambazo. Irresistible music certainly, but perhaps a little macho in the attitude if we consider their discographies, where women really didn’t seem to have their place.

Here they sing “Coming Your Way, Our Lord” – true African gospel – and pay tribute to the Bantu people of the South with traditional instruments on “Ihoso Beat”. The title track implores humans to protect our good old Earth, but the fact that it was released on July 24, one month to the day after the assassination of Georges Floyd, gives these six voice musicians the opportunity to echo the Black Lives Matter movement everywhere on the continent where they were born.