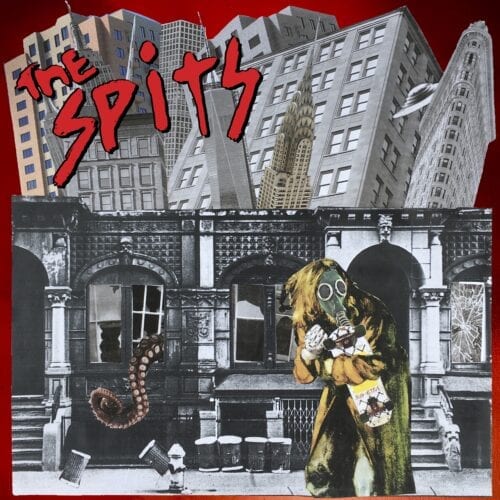 The Spits took their time with this record. It took nine long years for the Kalamazoo band to arrive with volume VI. Nine years for 10 songs totaling 17 minutes. That’s the Spits, they don’t give much, and we can never get enough. On this record, the Woods brothers and the rest of the band want to let it be known that they’re going back to their roots. But these little jokers have never really drifted far from their roots. The Spits is the Ramones of their first two albums, the Devo of their first threem, and the Misfits of the early days, before Danzig joined a gym. The best of all these groups, condensed into one. The songs are short, punchy, fun, and incredibly catchy. So it’s not a return to the roots, it’s that The Spits who haven’t changed one iota, just the way we like them. The EP was produced by Erik Nervous (if you don’t know this guy, it’s worth listening to what he does) on a four-track in Kalamazoo basements. Fans of the band can again enjoy their lo-fi universe, their sense of irony, their melodies as sticky as gum, and their chainsaw punk rock.