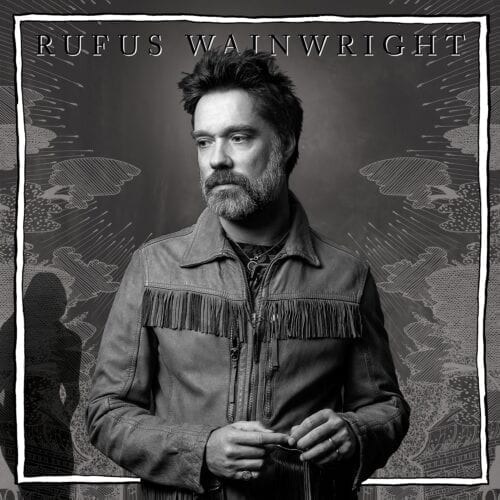 According to Rufus Wainwright, Unfollow the Rules marks the end of a cycle. This is indeed the impression that the listener familiar with the artist’s pop corpus will have upon first listen. Chamber pop, baroque folk, piano-voice ballads, melodies bearing the mark of Tin Pan Alley, sumptuous arrangements influenced by classical music… Here is a beautiful summary of the genres tackled by a singer who seems to want to close a chapter.

Faced with such a turn, one would think that Wainwright’s treading water, that he’s just rehashing ideas that have already been tried and tested. Nay! He’s matured, our man. He’s no longer the student in love with his art teacher, or the young adult who has survived all the excesses of his age. We are in the presence of a fulfilled but lucid lover, a caring father, and a citizen who cares about the state of things in America.

This maturity also manifests itself musically, as the singer shows us that he can make things simpler and shinier without trying to impress the peanut gallery at all costs with his immense know-how and lush culture. This doesn’t mean, however, that the album is stingy on inventive melodies or colourful arrangements. This is evidenced by the splendid string interventions, the electronic hues that illuminate “This One’s for the Ladies” and the ambitious “Devils and Angels”, as well as the vocal harmonies worthy of Brian Wilson that benefit “Alone Time”, and that close the record beautifully.

Masterfully crafted by the renowned Mitchell Froom and supported by yet another outstanding vocal performance, the songs on Unfollow the Rules are among the most accomplished in Wainwright’s repertoire. Let’s savour them while we wait for the next cycle!