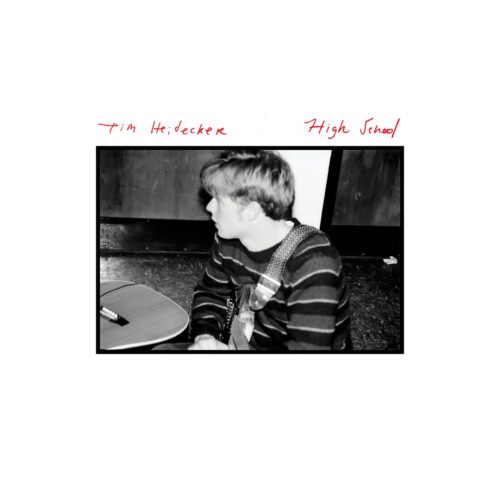 “So we beat on, boats against the current, borne back ceaselessly into the past.”
– F. Scott Fitzgerald, The Great Gatsby

I’d been feeling nostalgic lately. Staring wistfully out of windows; sitting in parks as the wind in the trees blew back rose-coloured memories of a simpler time. A happier time. A less Orwellian, Kafkaesque time. Perhaps all this looking back had begun to occupy such a large space simply because I’d been getting older. This is what happens. We all become every cliché. But, of course, these COVID years exacerbated the feeling. When moving forward wasn’t an option for many of us, when we found ourselves abruptly forced off the road, and into a holding pattern, what else could we do but reminisce? I thought about years gone by. I thought about people and places I used to know. I thought, regretfully, about a time that, when I was in it, I couldn’t wait to get past. I raced through my youth to get here. To where I’d give anything to go back. Back to the time and place that Tim Heidecker (comedian and co-creator of the absurdist sketch comedy show, Tim and Eric, Awesome Show, Great Job!) takes us to in his new record High School.

The album is full of references to the 1990s and his adolescence. In the song “Buddy” he sings about listening to Pink Floyd, Queen, The Beastie Boys, and Rage Against the Machine with a friend he’s now lost touch with. “Hey, I’ve got friends from high school that I’ve lost touch with too,” I said to myself. Other songs bring up Kurt Vonnegut, The Velvet Underground, Bill Clinton, Claudia Schiffer, Donovan, and The Rolling Stones.

In “Chillin’ in Alaska”, Tim sings, “it’s makin’ my mind wander back to yesterday. To another time and another place.” And he says, “I shoulda made my move, I shoulda been more bold.” Suddenly, I think about the things I wish I’d done, and the girls I wish I’d spoken to. The chances I wish I’d taken. In the song, “What Did We Do with Our Time,” Tim asks this question as he remembers those beautiful days, in all their glory, before the internet, cellphones, and social media took up all our time.

“Sometimes in the mornin’, I get up and go for a walk alone. Thinkin’ was it ever worth it? It all fades away,” Tim writes in “Future is Uncertain.” And “I’ve Been Losing” tells us that, “the road up ahead will be filled with looking back.” Damn right it will!

This brings me to “Stupid Kid,” probably my favourite song on the record. It made me feel like he broke into my apartment, stole my journal, and wrote lyrics lifted from it. The song is about listening to Neil Young play “Harvest Moon,” and then learning to play the song himself. Finally, making a mix CD for a girl with that song on it. Damn, I wish I’d written this song! And I imagine the title itself is a wink and nod to Neil’s song, “Stupid Girl.”

I should mention that it’s not just about the lyrics and the stories in his songs that makes High School great. The music and production are quite good as well. And with players like Kurt Vile and Mac Demarco involved, it’s easy to get behind these melodies and performances.

After hearing these songs, I immediately wanted to learn more about Tim Heidecker. I thought I’d found a kindred spirit in this crazy mixed-up world. Afterall, I was a lawn-mowing, snow-shoveling boy too! I was also getting into fights in the parking lot after school. By singing about his own life, he’s talking about everyones’. Maybe the specific cultural references will change from generation to generation, but the feelings are the same. They’re universal. “Will I look back with regret, with moments to forget? Or will I love what I see?” Tim asks himself. We get older and, like Tim, we go to bed every night, wondering if tomorrow’s gonna be better It’s always a tough pill to swallow when you realize you can never go back to the way things were in your youth. It’s gone, and all you can hang onto are the memories. It fades away, even the way you look and feel. Though, that can be a good thing sometimes. And now, many of us grapple with the fact that we may never go back to the way things were even two years ago. “I’m thinking every day, hoping I can stay this young,” Tim writes in “Kern River.” Perhaps that’s a good daily reminder for us: the future is uncertain, filled with looking back, and today we’re as young as we’re ever going to be.

“So we beat on, boats against the current, borne back ceaselessly into the past.” Always dreaming of tomorrow’s successes, but often repeating yesterday’s failures. It’s ironic that I first read The Great Gatsby while in high school and am now reminded of it while listening to High School. I had to be much older before I really understood what that last line meant. We can’t escape our pasts. Not individually, or collectively. But we can channel them into impressive pieces of music. Like Tim Heidecker, we can make art with them. We can put them on record, and write them into books, for our own catharsis, and for others to enjoy.