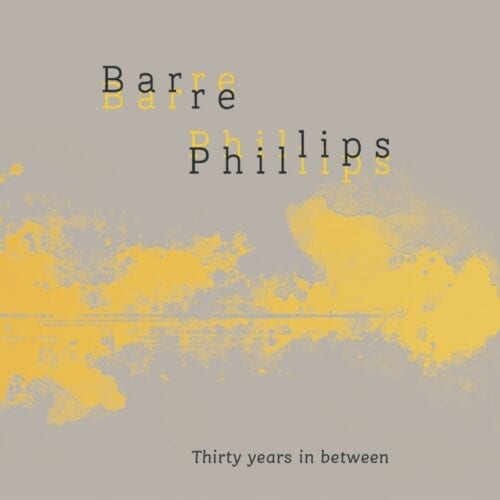 American double bassist Barre Phillips began his recording career in 1963 with Eric Dolphy (Vintage Dolphy, GM Recordings) and in 1968, released what would be the first recording of an improvised double bass solo. Fifty years and several solo records later, he releases End to End, recorded in the studio for the ECM label and presented as the “final” chapter of an astonishing “diary”. However, when he invited him to participate in the 35th edition of the Festival International de Musique Actuelle de Victoriaville (FIMAV), did the festival director, Michel Levasseur, who also runs the Disques Victo, had his own little angle in mind?

Although End to End marks the conclusion of the musician’s solo diary, perhaps we could add, as a kind of addendum, the recording of the Beginning to Beginning concert, presented on May 17, 2019, at the FIMAV? And while we’re at it, why not take the opportunity to reissue the 1990 CD Camouflage, which also features a solo performance by Phillips, recorded at Vancouver’s Western Front on May 12, 1989? It was an offer he couldn’t refuse, causing no conflict with his studio recordings released by ECM, and above all offering two beautiful portraits of the musician, 30 years apart (to be completed, no doubt, with a listen to “Journal Violone”, the 1968 solo). One may be surprised to find the 1989 Barre Phillips more serene, generally speaking, and the 2019 one more vehement. In both cases, the invention is there, the sound of the double bass is magnificent, and the result proves, as Phillips had long understood, that the latter is a perfect instrument for this kind of monologue.