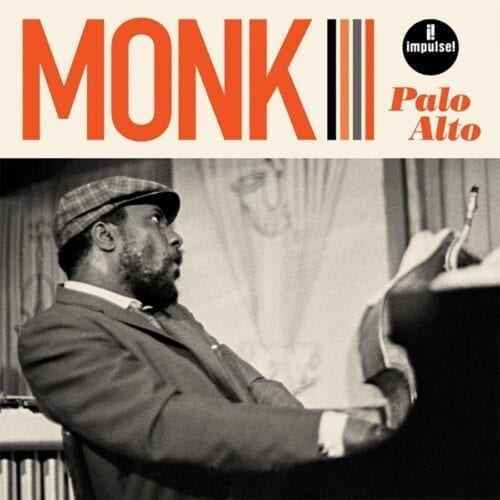 The story behind this new live recording of Thelonious Monk is worthy of a film script. In 1968, Dany Scher was a 15-year-old jazz fanatic attending Palo Alto High School in California. In order to raise funds for the school’s international program and to bring together the racial communities of the then very divided municipality, he decided to organize a concert featuring one of his idols: the already legendary Thelonious Sphere Monk.

On the afternoon of October 27, after a few adventures, the Scher family car brought the great pianist and members of his quartet – saxophonist Charlie Rouse, bassist Larry Gales, and drummer Ben Riley – to the school where they were to perform. The school caretaker, a musician on his own time, tuned the piano. To thank him, he was allowed to record the concert. Fifty years later, Scher found the tape on which the event was immortalized in his attic. This explains why the whole world can now listen to the music played within the walls of the high school that afternoon.

But what about the recording? First of all, let’s take the time to thank the janitor because the sound quality is just right, allowing us to fully appreciate the six pieces Monk had chosen to perform for the occasion. The iconoclastic pianist must have been pleased with this extraordinary context, since he was particularly inspired by it and the group he was conducting was also on fire. “Well, You Needn’t” and “Blue Monk”, the two longest pieces of the concert, are genuine fireworks, in which each member of the quartet produces multicoloured sparks. Fans of the pianist who have a penchant for solo performances also have something to look forward to with “Don’t Blame Me” and “I Love You Sweetheart of All My Dreams”. Some very fine Monk!