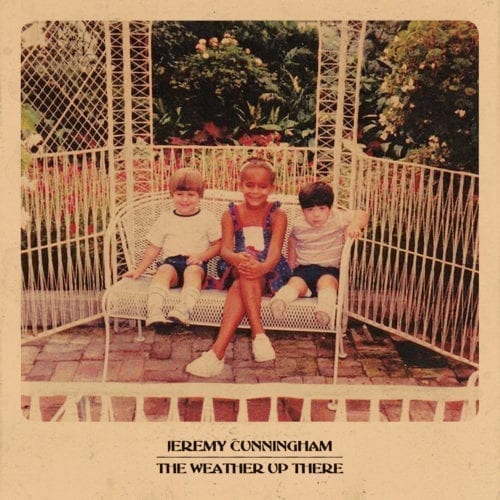 The second amendment will certainly resurface in the American elections next autumn. The proliferation of firearms in the United States is unfortunately not just an election issue. In one way or another, it has affected the lives of thousands of people. Jeremy Cunningham is one of them. In 2008, his brother was murdered when armed robbers broke into his home.

Years later, the drummer composed The Weather Up There to make sense of the tragedy. Because the subject matter is so intimate, he chose to make it  equally personal, stylistically. It mixes jazz, rock, funk, electronic effects and recited passages. Friends from the Chicago jazz scene came to lend him a han,: among them Jaimie Branch, Tomeka Reid, Ben Lamar Gay, and Makaya McCraven, as well as Paul Bryan and Jeff Parker producing.

The overall atmosphere of the album is surprisingly bright. Cunningham wanted to emphasize the positive memories he has of his brother. Thus, tracks such as “1985”, “Hike”, “The Weather Up There” and “He Pushes Up” are light as a warm breeze. However, a few darker tracks bring some chill: “All I Know”, dominated by Jaimie Branch’s raging trumpet, “Elegy”, on which we can hear testimonies from the victim’s relatives against a background of roaring percussion, and “Return These Tides”, on which Ben LaMar Gay’s moving vocals accompany Cunningham’s own voice as he shares his thoughts about his grief.

A touching work that leads us to reflect on an issue far from being resolved.