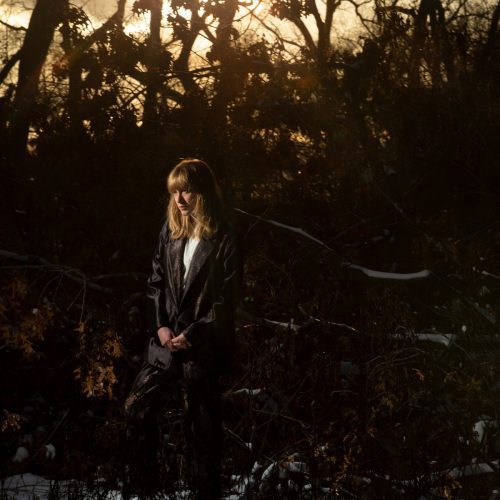 Not even a year after her 2021 critically acclaimed Ignorance album, Tamara Lindeman aka The Weather Station has just released a companion follow-up LP entitled How Is It That I Should Look at the Stars. Ignorance could be called a masterpiece, and LP reinvigorated The Weather Station’s sound with dark jazz, pop, and experimental indie songs about climate change grief, sorrow, and loss.

It’s a hard album to follow up, and How Is It…, doesn’t even try. That’s not to say it’s a bad album, but it’s more intimate and delicate, using the piano and Tamara’s vulnerable voice as the main instruments.

The songs feel like they stem from a stream of consciousness as Lindeman muses about uncertainty, insignificance, grace in a graceless world, all with her powerful and heartbreaking vocal tone.

This album was recorded over three days, live-off-the-floor, and the production leaves every breath, exhale, and refrain of Lindeman’s. It feels like a live recording in a room only lit by candles. There is a bit of clarinet, saxophone, but interestingly no percussion which does put the songs in a more piano ballad realm.

Still, How Is It That I Should Look at the Stars is filled with Linedman’s vocal poetry and the existential dread present throughout much of 2020 to now. And the climate grief present on Ignorance does find its way into a few tracks. “Marsh” talks about the changing landscape using clever metaphors and “Stars,” where the album takes its title from the opening line, has Lindeman gazing at the night sky as she relives childhood memories. No matter what period in her life, the stars were always this ever-present entity, reminding her how small everything is in comparison.

Simply, How Is It That I Should Look at the Stars is meant to be a companion piece to Ignorance giving more context into the thoughts of Lindeman’s complex mind during her creative process. She might pull out a few of the songs live, but probably not much more than that.