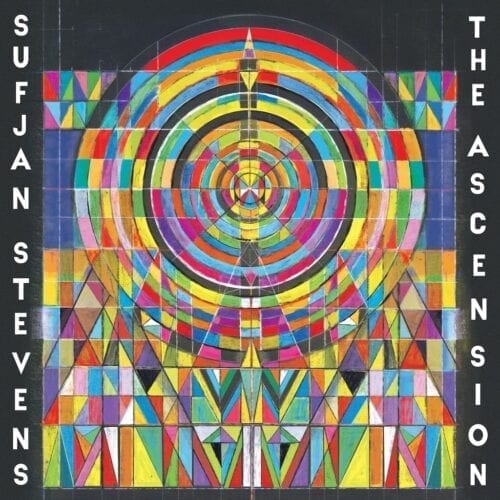 At the age of 45, Sufjan Stevens launches The Ascension in the eye of the covido-political-cultural storm raging across the North American continent. His eighth studio album was eagerly awaited after this long solo hiatus interspersed with two collaborative projects, needless to say. In 2015, he took a very touching look at his mother Carrie’s untimely death from cancer. Carrie & Lowell‘s songs expressed the primal cry of an injured child recalling his mother’s psychological problems and the consequences for his fractured and dysfunctional family. The concert that followed was simply extraordinary, a perfect balance of direct emotion and Stevens’ compositional depth. Next came Planetarium, a beautiful effort of compositional substance created with Nico Muhly, Bryce Dessner, and James McAlister, followed by the new-age Aporia conceived with his stepfather Lowell Brams, a much less conclusive opus.

This time, the 15 songs on the programme are inspired by the German krautrock of the 1970s, a subgenre that advantageously combines the electronic advances of the time, the achievements of rock culture and the reforms of progressive rock. Today, krautrock remains a primary colour in many electronic, instrumental, and hybrid styles. The Ascension is full of direct and indirect evocations: Kratftwerk (above all), Can, Ash Ra Tempel and others appear here and there in these 15 songs packed with modular synthesizers.

Of course, Stevens’ melodic hooks and harmonic choices are immediately recognizable, but this direct evocation of the synthetic pop-rock of yesteryear that many artists who shined in the 2000s are now borrowing, may also leave one dubious. As the listener goes along, however, new tools and production processes enrich their experience, but perhaps not enough to take us elsewhere, as its creator has done many times over the last two decades.

We could then fall back on the lyricist’s dark and clear-sighted texts. Through his sense of the human condition in North America and its mystical-moral underpinnings, through his doubts, his inclination to self-criticism, and his perplexity about his own status as a leading artist, Stevens shows great honesty. But… this is not Sufjan’s visionary strength, although one can be in tune with his perceptions and progressive stance.