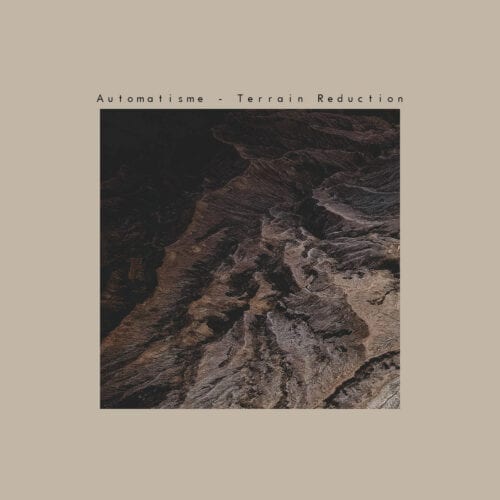 Based in Saint-Hyacinthe, Quebec, William Jourdain is attracting more and more attention from electronic music fans around the world. To date, his albums have been released by Constellation (Montreal), Mille Plateaux (Frankfurt) and now G89 (Santiago). The success of his still-early career can be explained by the rigour and originality of his approach. Indeed, the work of this bachelor in art history is always the fruit of a profound reflection, of a desire to circumscribe the music he creates in a broader temporal and theoretical context.

The new album of his Automatisme project is inspired by the writings of the thinker Nicolas Bourriaud and, more precisely, by his concept of alter-modernity which, as its name indicates, is another way of understanding the world in which we live. Venturing off the paths marked out by modern and then post-modern art, today’s creators must forge new links in order to reflect an era that is more planetary than ever.

The five tracks on Terrain Reduction are marked by this different way of conceiving artistic creation. The first, which juxtaposes ambient tranquillity and unpredictable sound discharges, is filled with an uplifting tension. Then, the atypical rhythm of the colossal second piece, the circular and jagged pattern of the third, the texturing of the fourth and the back-and-forth of the fifth brilliantly challenge our hyper-saturated temporality.

As time goes by, Jourdain’s music becomes less and less linear. One can always spot the ambient, glitch, and techno elements, but it evolves in such a way as to resemble only itself. As of August 14, the curious listener will be able to listen to the album on Bandcamp, but the delicious eighteen minutes of the second track will be exclusive to those who generously subscribe to the Patreon page of the G89 label, or grabbing the CD at Fréquences Le Disquaire (where Jourdain works) right now.