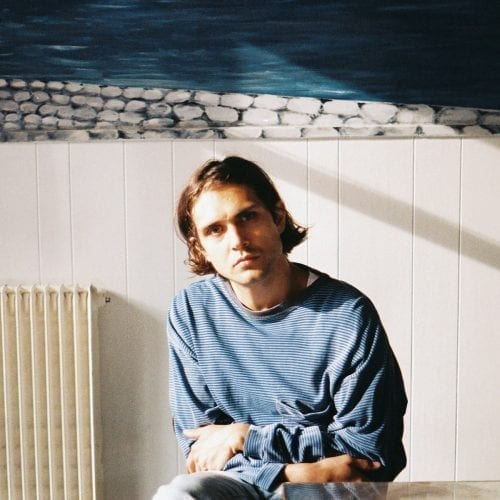 Here again is Peter Peter, or, according to the civil registers, Peter Roy, king of French tropospheric electro-pop. The singer with the mug of a hipster Antinous has been keeping up with the times since 2011, the year of his ascent which (let’s fabricate it to feed the myth) took place on the fortieth day after the launch of his first album. It’s evident from the outset that the title of this new opus is a precise contraptontym: there’s nothing funny here. Nothing tragic either, mind you, but it appears that the overall atmosphere of Super comédie, both in the music and the lyrics, is imbued with sensitivity, delicacy, introspection and, at times, light melancholy, as in Peter Peter’s three previous collections.

Super comédie was produced by Peter Peter in the company of musician and acclaimed producer Emmanuel Éthier, producer and musician Pierrick Devin, best known for his collaboration with Lomepal, and Aurélien Fradagrada, half of the duo Head On Television. Peter Peter wrote all the lyrics and music, except the music for “Rehearsal”, composed with Aurélien Fradagrada. For several pieces, including “Commun maintenant”, our friends adapted the guitar and synthesizer frameworks drawn up in the last century by designers like Ric Ocasek and Andy Summers (at the time when The Cars and The Police were band names). A short techno incursion in the form of a prayer of oblivion, “Damnatio Memoriae”, sounds the half-point of the album.

The title song evokes another one, “Une version améliorée de la tristesse”, by the scansion of its lyrics and its function as an inventory of the album’s elements. Over the course of the 10 pieces that follow, Peter Peter treks through the layers of susurrus and cafardus of his personal troposphere. He observes, assesses, and confesses, metaphorically, allegorically, and metonymically… well, as in “Les mariés ont disparu”: “Nothing left but autonomous clothes / Worn on the street by ghosts / The cynical creaking under their feet / I wouldn’t listen if I were you.”

Peter Peter delivers the most convincing opus of his substantial body of work here.