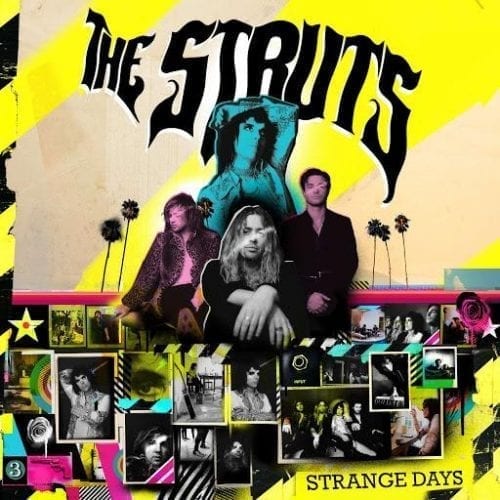 Since 2016 and the release of their debut album, The Struts have built a solid reputation and earned the trust and respect of their peers. When they came to Osheaga in 2016, I was confronted with a glam-rock slap in the face, forced to stay until the end of the hostilities. A performance worthy of the greats that convinced the crowd present in large numbers under a blazing sun in the middle of the afternoon. A crazy mix, musically and visually, of Freddie Mercury for the voice and Alice Cooper for the gothic glam-rock look. Unleashing a manic energy, the British quartet knows how to set the stage on fire in the most beautiful way.

However, on record, if Everybody Wants (2016) surprised with its intensity and rock ardour typical of the ’70s, their notoriety has at times graffitied them somewhat, as witnessed by Strange Days and its title track alongside Robbie Williams. A badly negotiated start, as we had to wait for the arrival of Joe Elliott and Phil Collen from Def Leppard to give a good kick to this album. The guitar solos finally deliver the rock ‘n’ roll motion expected of The Struts. Tom Morello of Rage Against the Machine plays guitar on “Wild Child”, recognizable with eyes closed, and further inflames an album without too much relief by that point. The rhythm of the drums and the backing vocals on “Cool” keep us on the edge of our seats and our legs in motion. An album of good quality despite some regrettable detours.