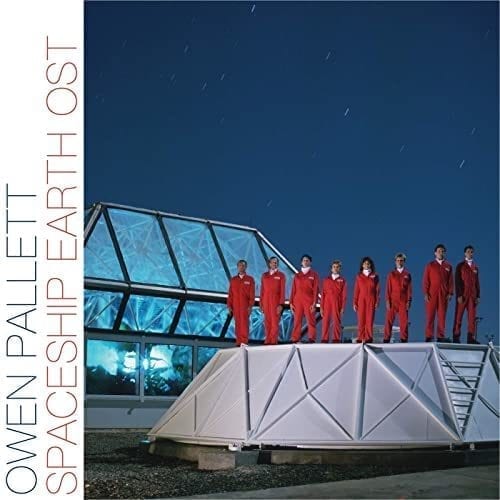 T minus three, two, one… Owen Pallett’s score for the recent Netflix documentary Spaceship Earth left the launch pad the same morning as the Toronto artist’s own album Islands, on May 22 (see our review of Islands here). Timeliness is a theme here – Spaceship Earth, a look at the two-year quarantine undertaken by the crew of the self-contained ecosystem Biosphere 2, is particularly resonant in this period of voluntary confinement backdropped by escalating environmental danger.

The woodwinds and popping strings of opener “MountAnalogue” suggest a competent yet fairly conventional film score ahead, and that’s indeed the case for most of it. In fact, some moments are merely pastiches of film-score titans like Danny Elfman (“The Test Module”) or Michael Nyman (“Biosphere 2, IV”).

However, the melodies and the juxtapositions in the arrangements often bear a signature that’s unmistakably Pallett’s, and there are plenty of interesting deviations from the general guidelines, celestial solo piano passages and such. Overall, it ain’t a canon work for Pallett, and unlikely to attract a second Academy Award nomination (the first was for his work with Win Butler on Spike Jonze’s Her), but certainly not without its charms.