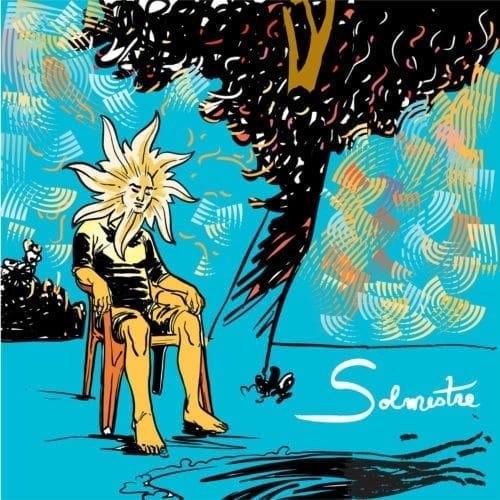 With their debut EP, this Brazilian duo plant their flag at a previously unconsidered point of intersection, a three-way conference call between the fretful exhortations of North African desert blues, the supple nuances of Brazilian folk, and the eerie anachronism of European medieval music. It’s a choice that’s original to the point of being unique, and yet entirely obvious after even a cursory listen. The clearest thread between the three is percussionist and string-plucker Leo Venturieri’s bandurria, a pear-shaped chordophone that’s first cousin to the oud, the lute, and the Brazilian bandolim alike. The reiterative motifs he administers are mesmerizing, if fraught with subtle tension. Thalia Sarmanho’s luminous voice, on the other hand, suggests a churning ocean of emotions, shifting between playful, pensive, sultry, and sinister, often from one bar to the next. These four tracks are marvelous little incantations, paeans to some fickle sun god excised from known pantheons.