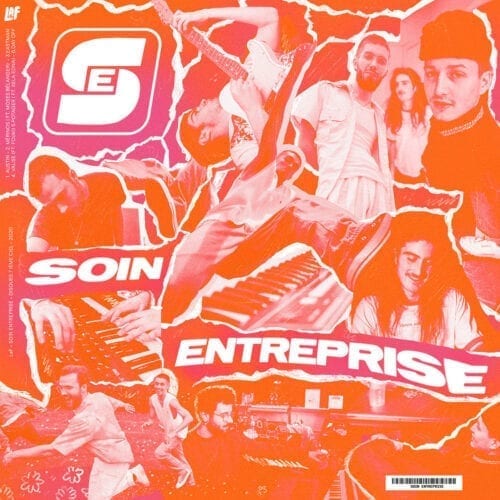 Since their triumph at the 2018 Francouvertes, the sextet LaF haven’t been idle. After the release of the mini-album Hôtel délices and the excellent album Citadelle, the Montreal group is back in the spotlight with the EP Soin Entreprise. Once again, the flow and unique lyrics of Jah Maaz, Bkay, and Mantisse do justice to the ingenious productions of BLVDR, Bnjmn.Lloyd, and Oclaz. Soin Entreprise is a musical product to be devoured in a loop, without restraint. The soul and lo-fi atmosphere of the instrumental pieces, combined with the catchy melodies and features of the MCs, bring a second breath of summer to this chilly September. However, LaF should probably have stuck to the members of its musical family for the production of this EP, as the contributions of guests are negligible on “Valise” et “Potager”. And even if this project sometimes lacks consistency – the first three tracks are clearly superior to the next three – it confirms the place that LaF occupies (or should occupy) on the local rap scene. This promising group is now part of the elite of the genre, thanks especially to the quality and originality of its productions and arrangements. It’s time for the Quebec rap realm to acclaim LaF, as it did with Dead Obies, Alaclair Ensemble, and Loud Lary Ajust.