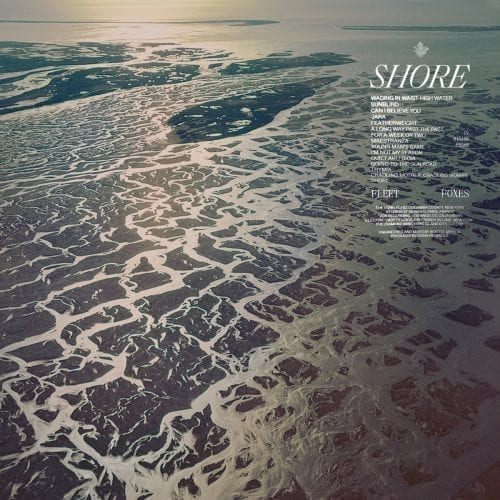 The biggest indie-folk band has just released its fourth studio album in 12 years of activity, three years after having made a name for itself with the fabulous Crack-Up, which can already be described as a classic. This album proves to be a bit more conformist on the whole than the previous one, although vibrant, refined, inspired, and brilliant. The arrangements are perfectly mastered, but many of them are in keeping with a certain folk-pop classicism of the ’60s and ’70s. Some songs are nevertheless accompanied by daring bridges that in no way extinguish the consonant fervour of orchestral and choral folk of North American lineage.

Multi-instrumentalist and composer Robin Pecknold, the lynchpin of Fleet Foxes, is betting on the compositional limpidity at the service of great song melodies. These magnificent songs are wrapped in rich and subtle orchestrations (especially the brass sections) and choral splendour worthy of the best American folk groups in modern history – CSNY, The Byrds, The Band, The Mamas & the Papas, etc. – and are a perfect example of how to make the most of the music of a great American folk band. One can’t therefore speak of coitus interruptus in relation to Crack-Up, knowing that Fleet Foxes is first and foremost a powerful vector of consensual lyricism and remains the great leader of “chamber folk”, traversed by modern classical music, modern jazz and even musica popular brasileira.

Shore was recorded in Hudson (NY), Paris, Los Angeles, Long Island City and New York from September 2018 to September 2020 with the assistance of producer and sound engineer Beatriz Artola. Pecknold, according to his text on the Bandcamp page, was been inspired  to write the lyrics of these 15 songs by his great literary models and songwriters: Arthur Russell, Nina Simone, Sam Cooke, Emahoy Tsegué-Maryam Guebrou, Walt Whitman, artists who according to him, “celebrated life in the face of death.”

In this same text presenting Shore, Pecknold confides his almost permanent state of anxiety, relativized by this global pandemic that afflicts us all. This reflection has artistically liberating for the frontman of Fleet Foxes, obviously an exceptional artist whose work will go down in the history of American popular music.

“We don’t need music to live, but I couldn’t imagine life without it. It became a great gift to no longer carry any worry or anxiety around the album, in light of everything that is going on. A tour may not happen for a year, music careers may not be what they once were. So it may be, but music remains essential.”