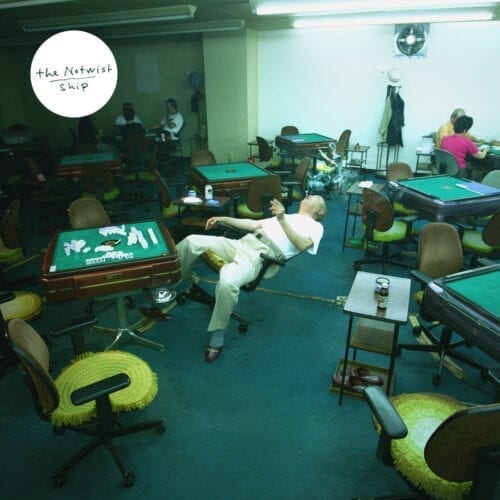 A lapse of six years since the last proper album from The Notwist is perhaps not so long if you look at the big picture. It’s been 30 years since the band formed, 22 since they really found their sound with the album Shrink, and 18 since its follow-up, Neon Golden, put the Acher brothers and their teammates on the global new-music map.

Neon Golden placed the band, its offshoots and allies, and the picturesque town of Weilheim (their Bavarian base of operations), at the epicenter of a miniature boom in German indie rock that was absorbing, in varying degrees, electronics and jazz, and presenting their findings with a lot more warmth and sincerity than what was coming out of Berlin, the perennial primary source point for German music.

The title track of Ship is the one most clearly in greater tradition of German exploratory rock, with its pulsating modular synth, precise guitar work, and sweet vocals by Saya Ueno of Japanese duo Tenniscoats (longstanding associates of The Notwist). “Loose Ends” is a ruminative lament that begins pretty tenuously, but gathers itself about halfway through, and from that point builds resolutely to its conclusion. The final piece, “Avalanche”, is a gentle instrumental with a far more sanguine flavour, a noble chamber-pop statement that’s frankly far too short at two and a half minutes, even if it is just working a basic riff into the ground.

No disappointment after a six-year stall, the Ship EP further justifies itself as a teaser for a full album, expected before too long, with many guests hinted at and, given what’s heard here, likely a very heterogeneous selection of songs.